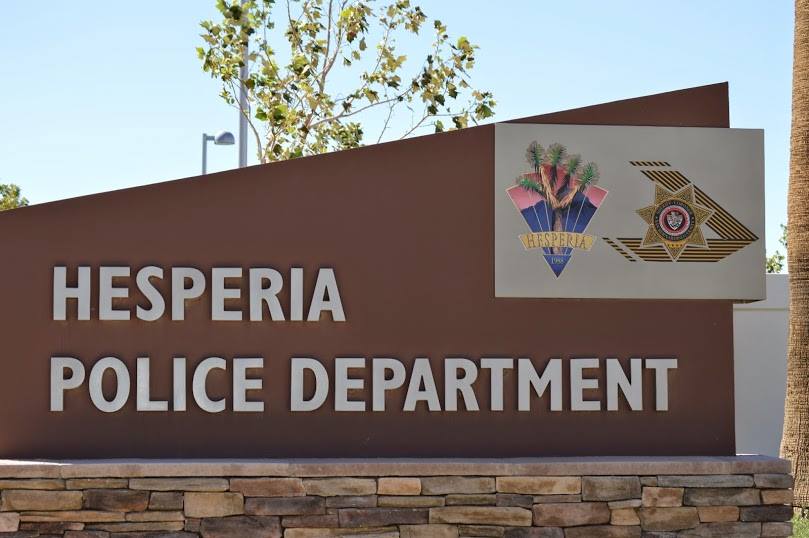 Deputies from the Hesperia Station responded to the 1:55 p.m. report indicating that a couple of male subjects were wandering close to a neighbors home. The reporting party gave dispatchers the description of the two subjects and their clothing.

Deputies arrived at the scene a short time later causing the male subject inside the home and one who was outside as a possible lookout to flee the location. The residence was checked and the residents were not home. Upon further inspection, the deputy determined that a room in the home was ransacked prior to the suspects fleeing.

Shortly after, deputies responding to the scene spotted two males with matching description walking near 5th Avenue and Palm Street. Deputies made contact with the suspects and recovered a PSP Player that was stolen from the home.

A vehicle in the area reported to be waiting to pick up the suspects after the burglary was stopped. The driver, 19-year-old Watts resident, Sharnai Conliffe was taken into custody and booked into jail for burglary and conspiracy to commit a crime. She is being held at the West Valley Detention Center in lieu of $75,000 bail. She is scheduled for an arraignment hearing at the Victorville Superior Court Friday afternoon.

Suspects Kyyahn Lundy, 19 of Bellflower and Tyler Walker, 19 of Hesperia were booked into the High Desert Detention Center for burglary and conspiracy to commit a crime. They are being held in lieu of $75,000 bail and are scheduled to appear at the Victorville Superior Court Friday afternoon.

“Hesperia Station would like to thank the citizen that called in the suspicious activity and gave great detailed descriptions that ultimately lead to the suspects’ arrest,” Hesperia Station officials stated in the May 19, 2016, release.  “Citizens are our greatest resources. You know when something looks out of place in your neighborhood and with your help, we can work together to keep your neighborhoods safe.”

Bicyclist Airlifted After Colliding With a car in Victorville