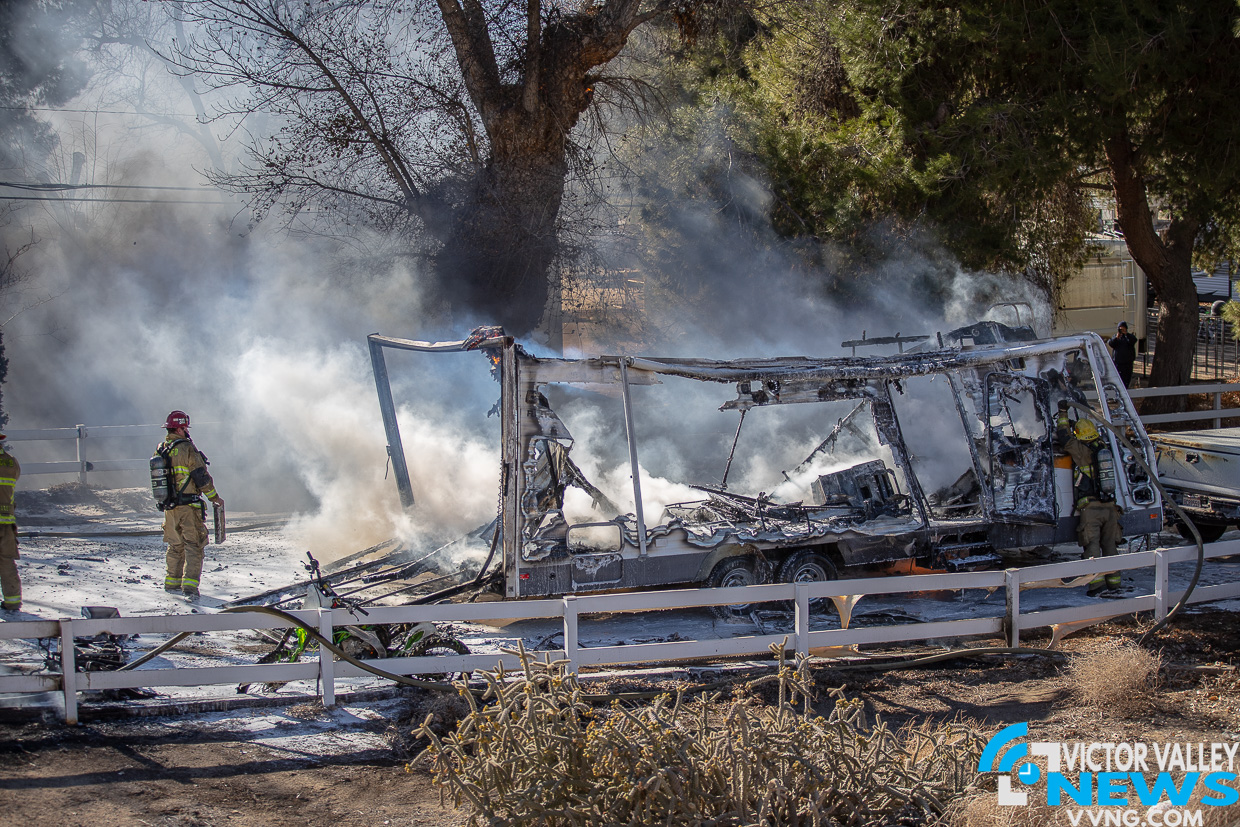 VICTORVILLE, Calif. (VVNG.com) — A travel trailer rented for the new year holiday erupted into flames at the Shady Oasis Kampground on Tuesday afternoon.

San Bernardino County Fire responded to reports of a vehicle fire and located the trailer that was well engulfed in flames. A white pick-up truck was still attached to the burning trailer.

The flames spread to some nearby vegetation near the front entrance to the campground. The fire sent a large plume of black smoke billowing into the sky which was visible from Adelanto.

Fire crews were able to get a handle on the brush fire and contained it to the trailer and a small amount of dry brush, saving the truck.

Deputies shutdown Stoddard Wells Road in both directions while firefighters worked on the fire.

No injuries were reported and a fire investigator was requested to the scene to determine the cause of the fire.