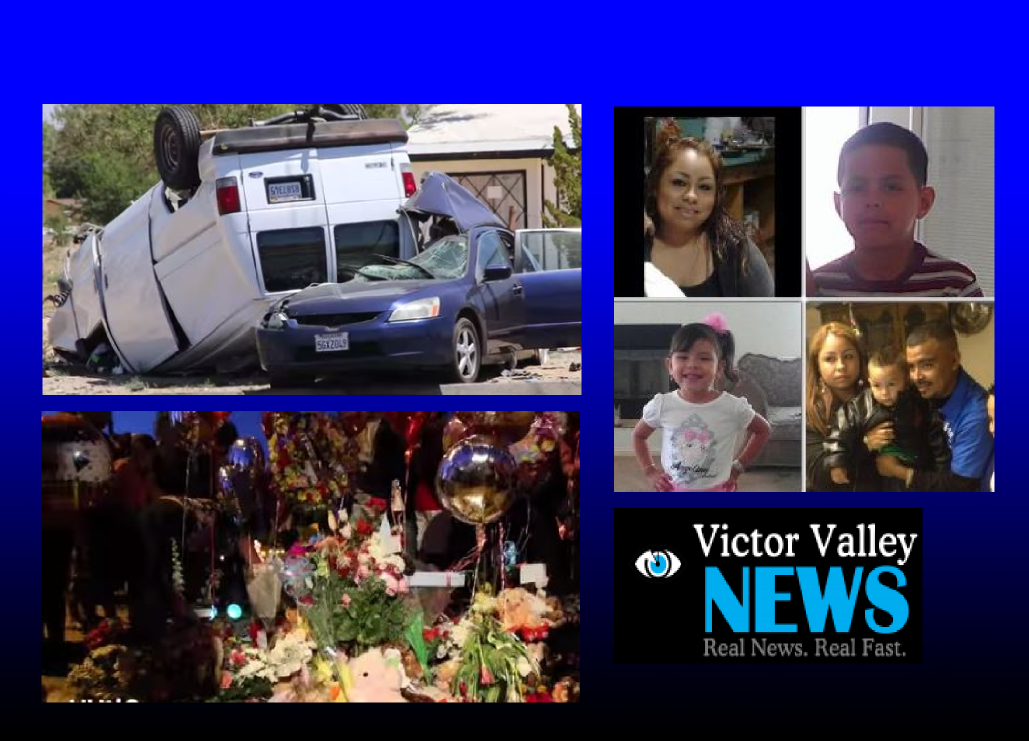 HESPERIA-(VVNG.com): As we get ready to celebrate this special Mother’s Day, we remember those who are with us and those who are not. In what’s easily considered to be one of the most tragic accidents to ever impact the Victor Valley Community, we reflect on the family of five killed on Mother’s Day.

On May 11, 2014 the Hesperia family of five was heading over to Disneyland to celebrate their young daughters 5th birthday that was the following day.

The kids were buckled up and kissed by their grandmother as she waved goodbye to them as they were leaving the house just before 6:00am.

The family was only three blocks from their home, when they stopped for the stop sign at the Balsam Avenue and Main Street intersection. A white delivery van, driven by 31-year-old Joshua Caleb Smith who was heading eastbound crossed into westbound lanes and crashed into the Honda. The van flipped over onto the vehicle, that was occupied by Geraldo Jimenez, Angelica Garcia, age 25, Freddy, age 9, Cynthia, age 4, and baby Ivan, age 2, who were all killed in the tragic accident. Smith was uninjured in the collision.

Later in the afternoon, the grandmother drove to the grocery store and noticed a road closure and an accident scene around the corner from her home.

It wasn’t until she got home and received a call from a family member that she realized the accident she drove by earlier was that of her daughter, son-in-law, and her three grandchildren.

The family had touching memorials to celebrate the life of their loved ones in which many family, friends and people in the community joined.  Fundraisers were set in order to assist the family with the huge expense of burying not one, but five family members.

In April 13, 2015, nearly a year following the traffic collision, Smith was charged with five counts of manslaughter without negligence. Authorities believe drowsiness due to prescription medication that Smith was taking caused of the collision. Smith is due in court for an arraignment hearing on Monday, May 11th, exactly on year from the fatal collision. Smith faces a maximum of five years in prison if convicted of all charges.

– Memorial For Family of 5 Killed in Hesperia Accident