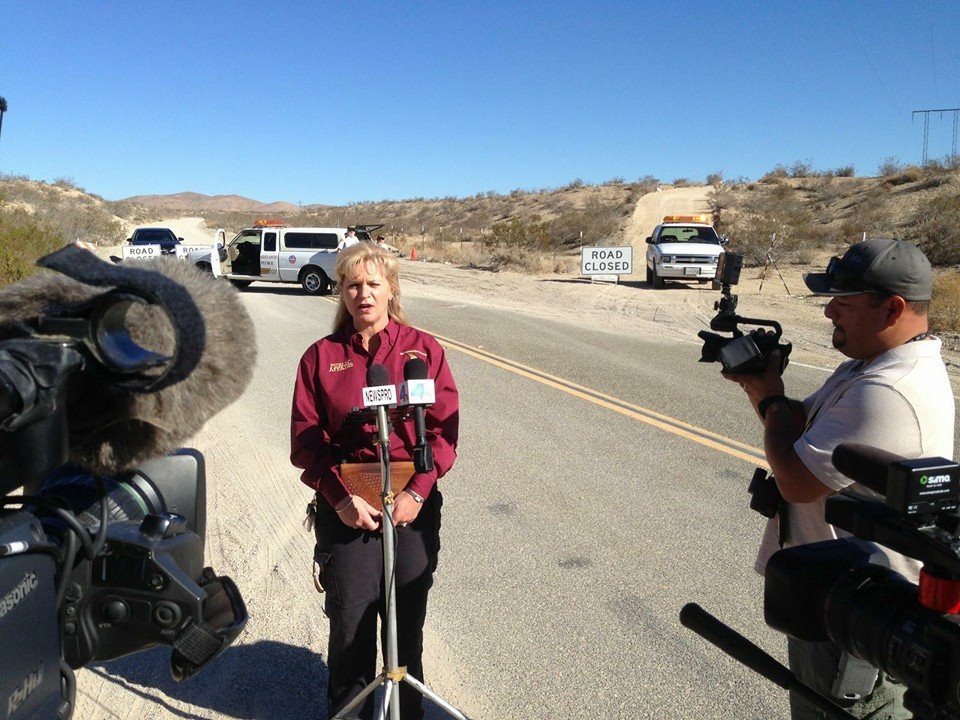 Update – Wednesday, November 13, 2013 4:35 p.m. – Investigators have completed the scene examination. There were two graves where remains were located as well as additional skeletal remains that were located near the graves. A grave site recovery is a very meticulous process in efforts to preserve all possible evidence. A third site was excavated however, no evidence was found and the location was determined to be unrelated to the grave site.

On Monday, November 11, 2013 at approximately 10:00 a.m., deputies from the Victorville Sheriff’s Station were dispatched to the desert area between Quarry Road and I15, north of Stoddard Wells Road in the county area of Victorville, following the report of possible skeletal remains being located by a motorcyclist.