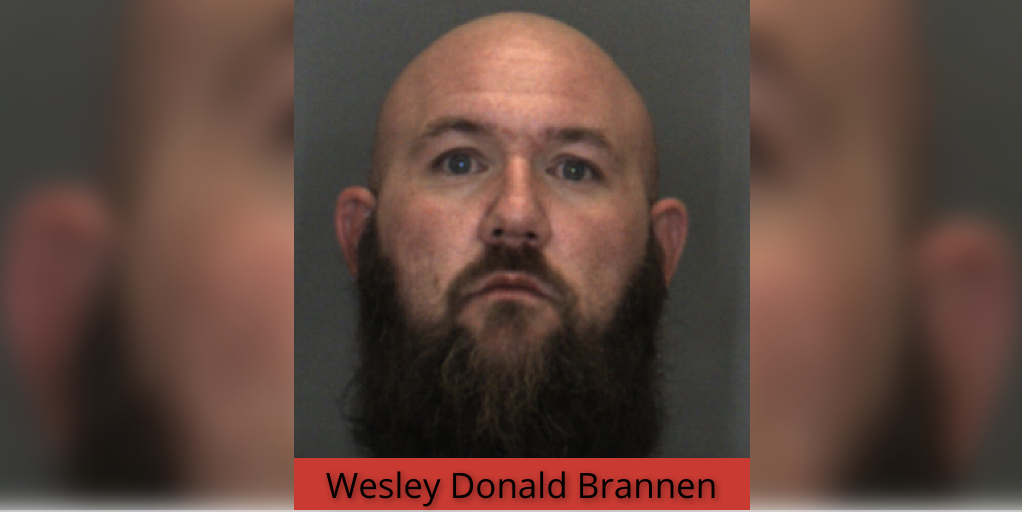 VICTORVILLE, Calif. (VVNG.com) — A registered sex offender who’s also a previously convicted felon out on parole is back in jail after allegedly showing a photo of his penis to a couple of female fast-food employees, officials said.

The suspect, Wesley Donald Brannen, 37, of Victorville, was arrested for Indecent Exposure and Felony Parole Violation on September 17, 2019.

At about 11:10 am, deputies from the Victorville Police Department were requested to respond to the 12000 block of Amargosa Road for an indecent exposure call.

Deputies at the location learned the Brannen placed a food order at the drive-thru.

“After ordering, the suspect pulled to the window and proceeded to pull up a photograph of his penis he had stored on his cell phone. He placed his phone in a position which assured the two women working at the drive-thru window would see the photo. The women were extremely uncomfortable with the suspect’s actions and refused to complete the transaction with him,” stated a sheriffs news release about the incident.

According to the release, Deputy S. Fincel investigated the incident and was able to identify the suspect. At approximately 5:10 pm, Fincel located the suspect driving in the area of Palmdale Road and Amargosa Road.

Officials said Brannen who is a convicted felon on parole and a registered sex offender, was arrested and booked at High Desert Detention Center for indecent exposure, and violation of parole. He is currently being held at West Valley Detention Center and is scheduled to appear in Victorville Superior Court on September 19, 2019.

“A photograph of the suspect is being released, as it is believed other victims may exist,” stated the release.

Anyone with information about this investigation or feels they have been a victim, is asked to contact Deputy S. Fincel at the Victorville Police Department at (760) 241-2911 or Sheriff’s Dispatch at (760) 956-5001.