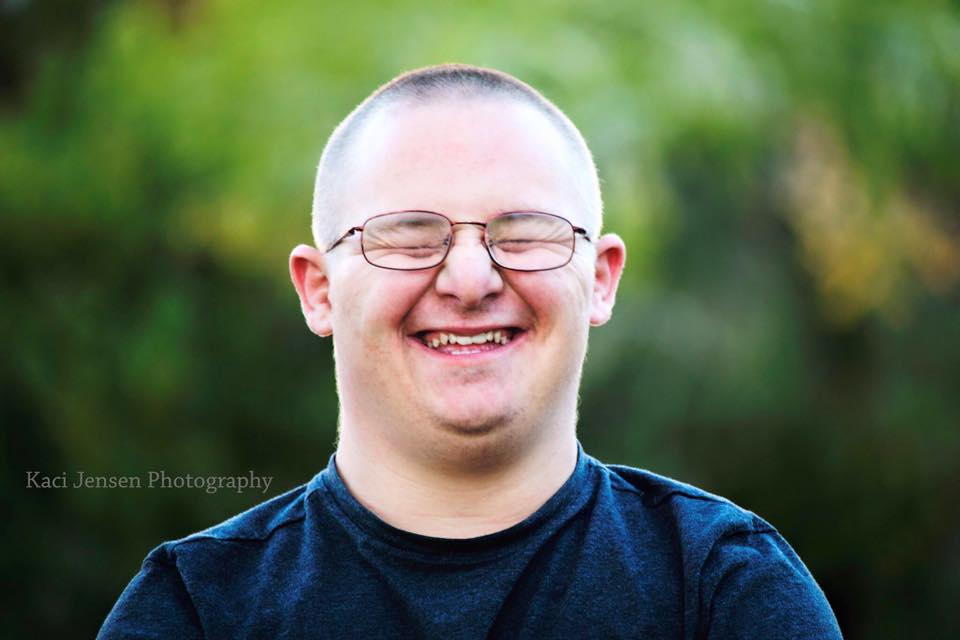 APPLE VALLEY-(VVNG.com): A Victorville mother took her 17-year-old son, Hunter to Target in Apple Valley on Monday to spend a gift card he received for his birthday. Kriston Cook Jensen, Hunter’s mother, said that he has Down Syndrome and was very excited to spend his gift card that day, perhaps too excited. Hunter and his mother were together, when he disappeared to go find the things he wanted to purchase.

Jensen continued to look for her son, during which time he found some baseball cards and books. Excited to make his purchase, Hunter got into the check out line. After searching all over the store Kriston found him and she said he quickly showed her what he got. “After adding everything up, I realized that he didn’t have enough money to pay for it. And, as I looked at the receipt, I didn’t quite understand what had happened because there was also a $30 gift card purchase,” said Jensen.

Kriston asked Hunter to take her back to the register where he checked out because she wondered if the cashier paid the difference so she could pay him back. “The cashier explained to me that the people behind Hunter in line had taken care of it.” Jensen said that the act of kindness touched her heart and brought her to tears.

She said that although Hunter speaks very well, he did not tell her what happened. He did know that someone helped him pay for it and gave him a gift card. She said he was very happy. She said the amount of the gift card was for $30, but the amount was not important, she said the act of kindness is what touched her heart. “Hunter loves reading and listening to Kids Bop music CD’s, so he will probably use the gift card to buy more books and/ or some more music CD’s.”

Jensen said she wanted to thank the people who were so kind to her son. She proudly said her son is am amazing boy and has touched a lot of lives. She said these wonderful people now were so kind to touch his life and he will always remember the act of kindness.

“After Target, we went to Winco, and he saw an older woman trying to unload her cart. He asked me if he could give service? I told him to ask her and she gladly accepted his help,” said Jensen. “He was able to help her unload her cart and felt joy in being able to do this for her. So, in essence, someone was kind to him and he paid it forward by being kind to someone else. Kindness is contagious. It was a beautiful experience!”