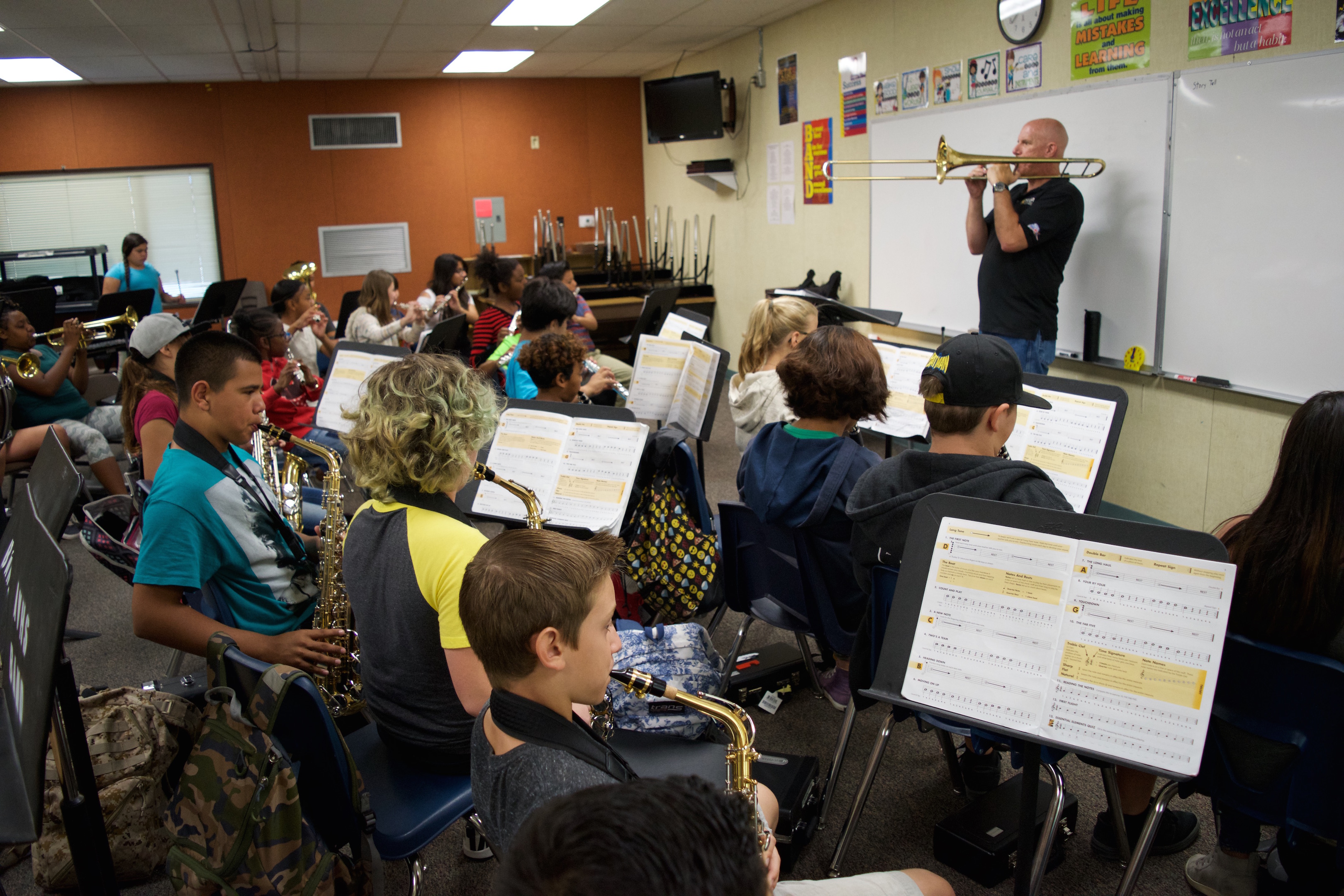 Apple Valley, Calif.– Students in Rancho Verde Elementary School’s band program are developing their thinking skills, motor skills, and study habits, all while developing a love of music and having fun. There are nearly 80 students in the school’s band program this year, many of which are second-year instrumentalists. The students range from grades 4th-6th and are divided into three smaller classes, designated by grade level. Each class meets twice a week to learn basic theory and how to read music, and to practice musical exercises and performance pieces.

“What I like about band is how we get to play with our friends and learn something new,” student Hailey Griffin said. “I’ve already learned a lot this year.”

David Prince, former band director at Apple Valley High School, heads the program. “I was at the high school for 20 years and I was seeing the effects of the elementary music program not being there,” he said. “When they made this job available I wanted to be part of the solution. I’m on a mission to rebuild. My job is to help make these students better musicians little by little, day by day.”

Prince encouraged his students to practice regularly and to persevere through difficulty. “Practice and break it up into little pieces,” he told a group of sixth grade students, several of which had recently joined band for the first time. “Learn one measure at a time. Then learn the second measure and put those two together.”

“It’s hard and I get that,” he added. “But with practice I think that a week from now you guys could play this song. But you’ve got to practice.”

“I used to play trumpet, but now I play clarinet,” student Kaleb Schive said. “It’s a little harder than the trumpet because the trumpet only has three keys, but I still like it.”

Apple Valley Unified School District reintroduced instrumental music at the elementary school level at the start of the 2016-2017 school year, after a recess of over a decade. The program came as a result of feedback provided through the AVUSD parent LCAP survey. It has been well received by staff and students alike, and is projected to continue its pattern of growth in years to come. 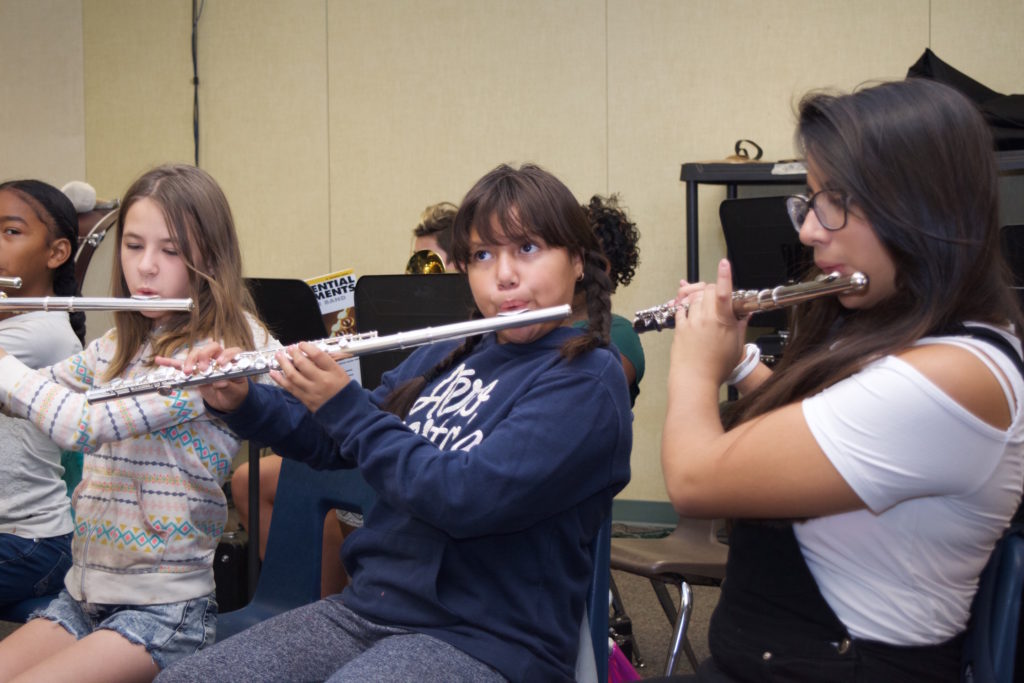