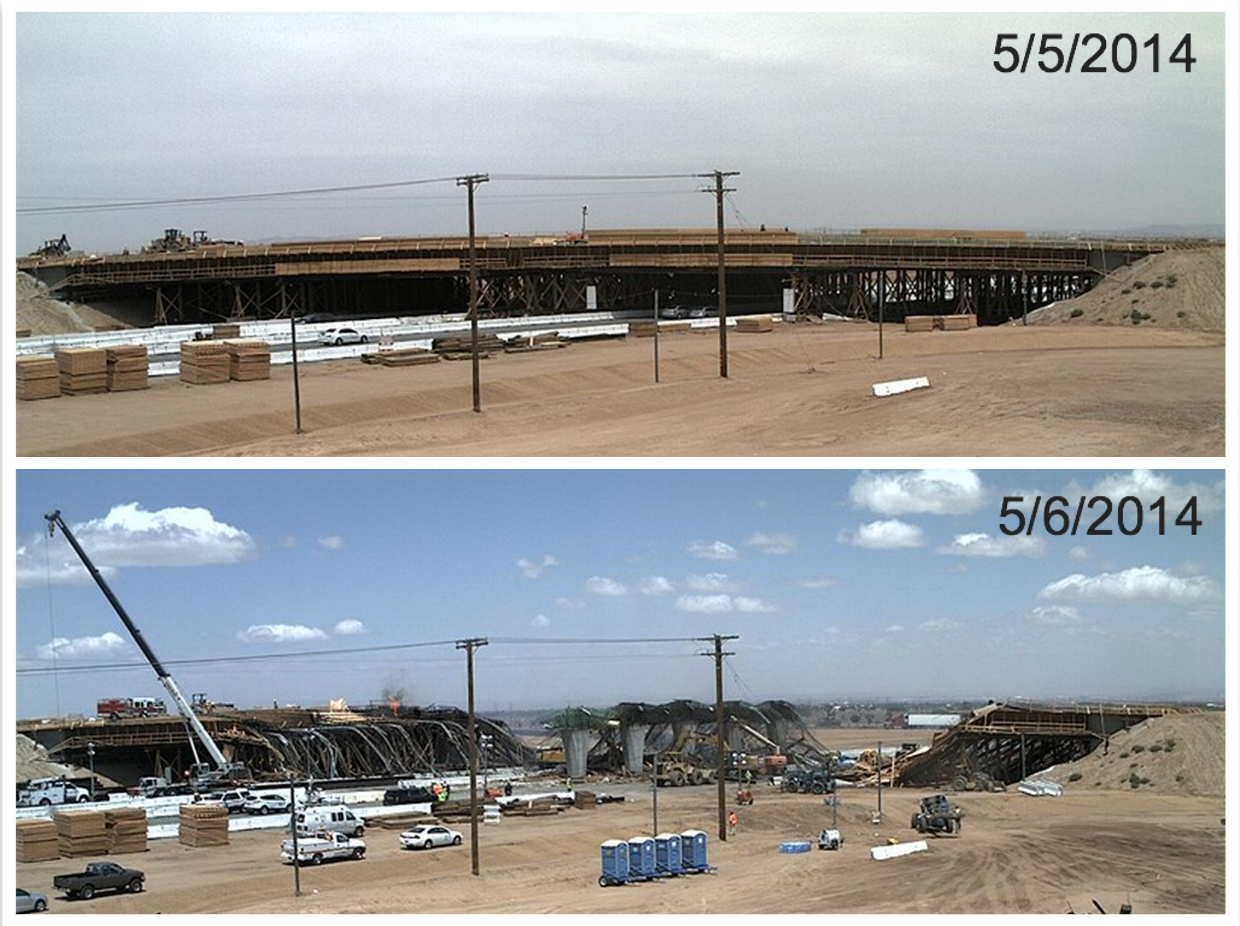 (VVNG.com)- By doubling some construction crews, the contractor building the Ranchero Road Interchange plans to complete the project by the end of this year following the May 5 fire that damaged the bridge project.

“This is great news and a credit to everyone working on this interchange,” said 1st District Supervisor Robert Lovingood.

Original estimates prior to the fire had construction completing by mid-October. Crews are replacing the temporary bridge support structure for constructing the bridge portion of the interchange. Near term lane and freeway closures are being identified and will be announced publicly when approved. Closures will be performed at night and staged in a manner to create the least amount of impact possible to the motoring public

Click on the link to view a time-lapse for the Ranchero Bridge. It starts with the beginning of the project all the way through after the fire: https://trafficcctv.com/HesperiaRancheroI15/HesperiaI15Project/HesperiaI15Project.html