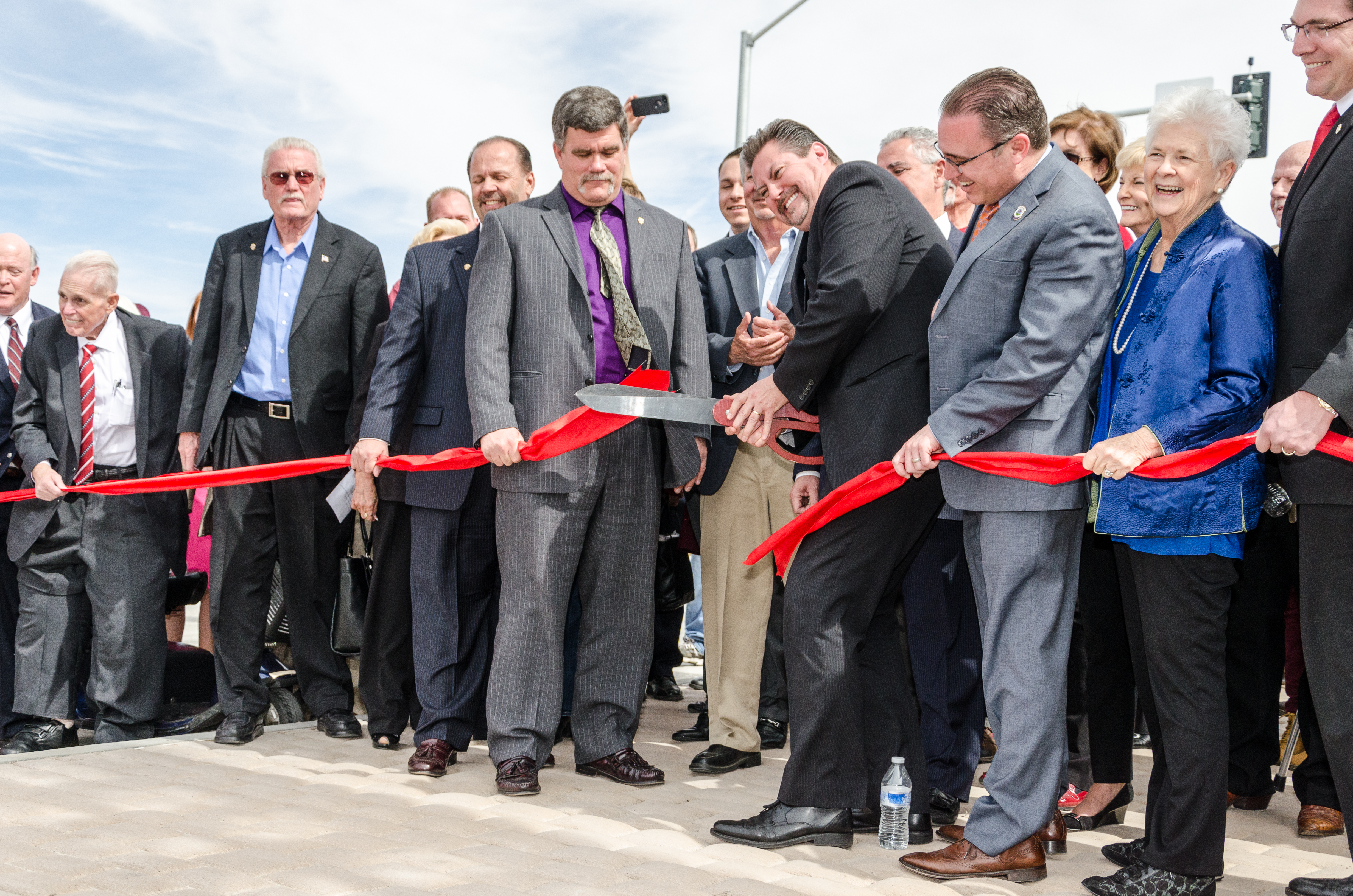 HESPERIA:(VVNG.com) – Another major artery for High Desert commuters opened on Friday, February 20, 2015 with the completion of the Ranchero Bridge Interchange.

Within the last several years, residents have seen several major steps taken to ensure an easier and more efficient commute throughout Hesperia. Ranchero Road has received a complete overhaul to allow commuters a quicker drive without having to go miles out of their way to reach a bridge.

Completed in the summer of 2013, the Ranchero Road Underpass connected two sides of Hesperia that had been separated by railroad tracks for decades. Before its completion, residents were forced to drive almost ten miles to cross at a major bridge and return to their starting point on the other side.

The same problem existed farther down the road where Interstate 15 cut through the desert with no crossing for miles in either direction. The bridge project faced a major setback in May when residents literally watched the construction go up in flames just days before concrete was to be poured. A construction worker’s blowtorch accidentally started the fire, which led to the bridge collapsing onto the freeway, snarling traffic in both directions for days. The fire set the $60 million project back approximately $6 million, but construction crews worked at a remarkable speed to make up the lost time.

Just two years after the initial groundbreaking, government officials united together to cut the ribbon on a new chapter of Hesperia history. Construction will continue on Ranchero Road to add more lanes, and to prepare the area for an increase in traffic flow.

Hesperia Mayor Eric Schmidt was excited about the accomplishment, and was grateful for the support of the community. Schmidt stated he looks forward to the infrastructure that follows the new roadway connections, and hopes new jobs will follow as various companies open up along the now-large travel route.

How will these new road connections change your daily commute? Honk your horn in the comments below!

For full event coverage please watch the video below: