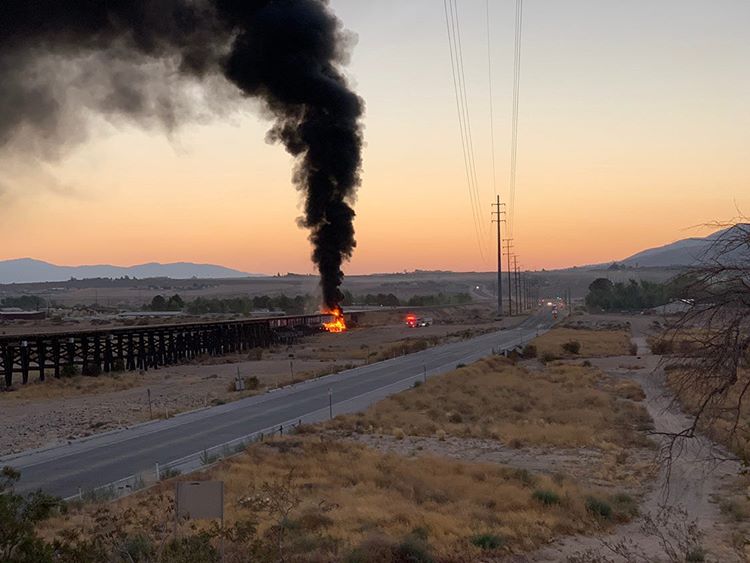 At about 6:00 AM on September 4, 2020, firefighters with the Apple Valley Fire Protection District responded to the area and reported visual of thick black smoke, near Deep Creek Road.

Crews located a support column of the mostly wooden railroad bridge that crosses the Mojave River fully engulfed with flames visible at the top of the bridge.

Fire crews had the fire knocked down within an hour and a fire investigator and BNSF police responded to the scene.

According to initial reports the bridge sustained some damages, however, it’s unknown how extensive they were. A resident that lives nearby told VVNG she hasn’t seen or heard at least two of the usual daily trains that travel through the area.

No injuries were reported and the cause of the fire remains under investigation.