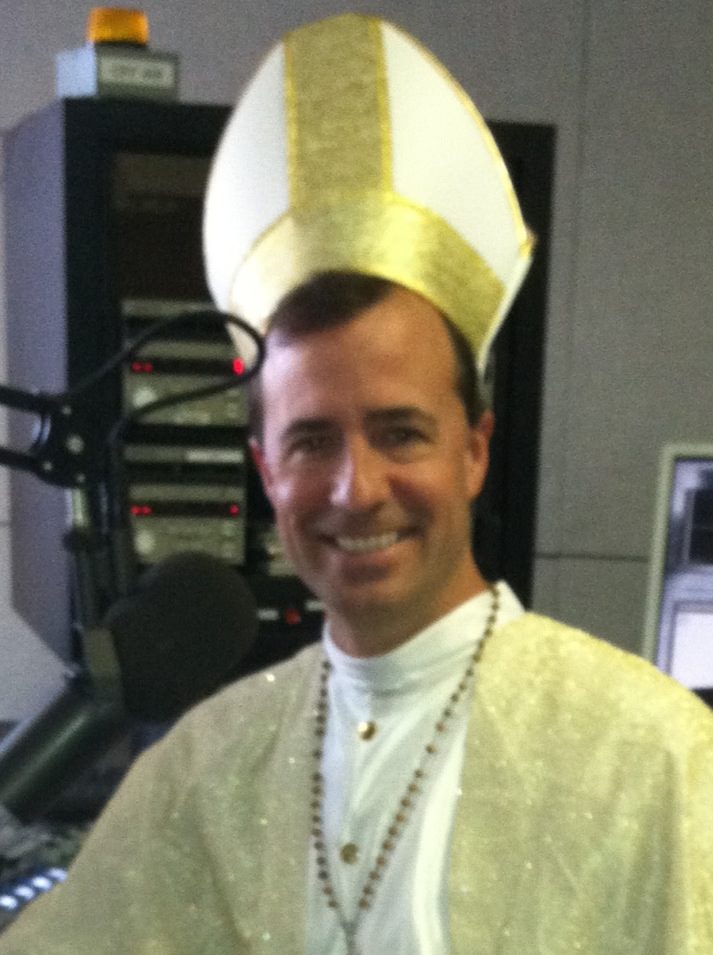 Radio personality Jeff Pope has joined a new morning show on the Mix 106.5 KEZR based out of San Jose, CA. The new morning show will be called the “Pope & Marla Show”, it’s debuting today on Monday December 30, 2013. Viewers can listen live between 5-9 a.m. by simply downloading the stations app or online.

Jeff Pope, entertained many fans for 13 years as a long time morning host DJ for local radio station 99.1 KGGI. Earlier this year the station made the decision to let Jeff go, truly upsetting many loyal fans.

The wait is officially over and after months of waiting to hear the “popesters” voice and infamous segment “Dumb ass of the Day”, fans have the chance once again to hear his segment make a triumphant return to the air waves.

In the meantime Jeff has been keeping busy here locally as public address announcer for local hockey team the Ontario Reign and Fury soccer games. Recently Jeff made the following announcement via his Facebook page,

“THANK YOU SO MUCH for all the support you’ve given me following my career move to San Jose. I am amazed how many of you have listened on-line, downloaded the station’s app, and even e-mailed your gratitude to my new boss! I can’t thank you enough for that early Christmas present!”

Great Job Jeff on the first day back on the air, we wish you much success and San Jose is very lucky to have you!