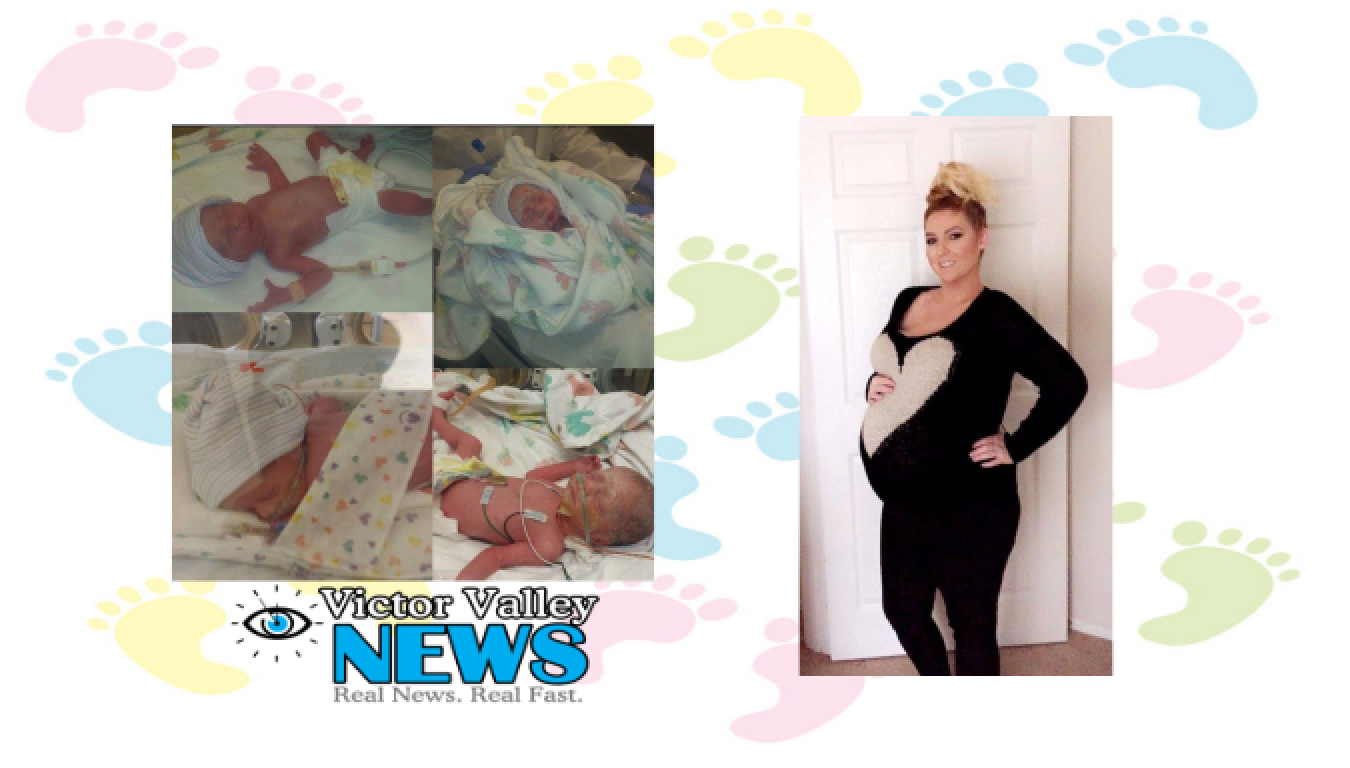 VICTORVILLE-(VVNG.com):  Victorville has four new residents coming soon, the Zamora “Quad Squad” is here and is doing very well according to parents, Andrew and Michelle Zamora. The preemies were born Sunday morning just after 3:50 a.m. at 31 weeks and 1-day gestation. Each of the four babies weighs in at over 3 pounds and measures over 15” long.

The couple had no plans of growing their family so fast, but they are excited about now having the large family they both desired. Not so long ago, the Victorville couple was watching their son, Jax growing so quickly and they decided that they wanted to give him a sibling.

Michelle, 27 and Andrew, 33 went through 5 years of heartache while trying to conceive their first child together before opting for fertility treatments. Soon after Michelle became pregnant with Jax, who will be 2 years old on May 26th. So Michelle and Andrew returned to the fertility doctor in hopes to of conceiving a sibling for Jax. The couple was ecstatic to find out the treatments were a success and they would soon have another bundle of joy.

At 8 weeks pregnant Michelle went with her husband and son for a routine ultrasound. “It started off as congrats you’re having twins! To wait a minute, there’s three in there, to oh my gosh, no way all 4 eggs took, you’re having quadruplets,” recounted Michelle. The fertility doctor told Michelle and Andrew that all four eggs taking were less than a 1% chance.

The family laughed hysterically in disbelief, “The week before the ultrasound I told my husband, I bet you they all took because I was so incredibly sick I couldn’t even take a sip of water,” said Michelle.  “After the initial shock of it all, we were so completely happy that we finally we’re getting the big family we have always wanted and never thought we’d actually get all in one shot!”

The couple could not wait to tell the grandparents. They took the ultrasound and showed it to them to see if they could figure it out. They did not figure it out right away until Andrew and Michelle pointed out the lettering marking the babies as “A”, “B”, “C” and “D”.  Michelle said it took them around 20 minutes to believe that the miraculous gift of quadruplets was coming to their family.

For other family and friends, the couple announced the pregnancy with a picture of their son saying, I’m going to be a big brother”, with four onesies in the background.

Michelle said that the pregnancy was completely different than a pregnancy with one child. She said the “baby bump” showed almost immediately and almost daily she noticed changes. She also said she was sick from the 4th week of pregnancy until she gave birth to the babies. “The first trimester I was pregnant with the quads I was admitted into the hospital 3 times for dehydration because I couldn’t even keep water down,” said Michelle.

Michelle said she was put on bed rest in the hospital during the second trimester. “My doctor released me after I begged her to let me go home and I continue my bed rest there,” said Michelle. She continued through her complicated pregnancy with the quadruplets with aches, pains and intense pressure. Michelle told Victor Valley News that by the third trimester every part of her body hurt, she could not lay flat on her back or her blood pressure would drop causing her to pass out. If she wanted to switch sides when sleeping, she had to stand up to do so because it was impossible to turn over due to the weight of the growing babies.

The couple has still not been able to hold the babies yet but are expecting to be able to on Monday sometime. “I haven’t even seen two of my babies in person at all yet because they were whisked away so quickly after delivery to be checked out,” said Michelle. “Later this evening I’ll be able to go to the Nicu for the first time to see all my babies.”  She said Andrew has been able to visit with the babies all day as she has been recovering.

Although the babies are doing amazingly considering their early birth Evan has had some difficulties breathing on his own. The babies are all on feeding tubes until they are large enough to nurse. “They say the next 72 hours will really let us know what health problem the babies might be facing,” said Michelle.

Michelle said that her son, Jax is too young to fully understand what is going on. “He knows something was going on with Mommy’s belly and something called babies are coming. Jax has no idea what’s about to hit him, poor darling,” Michelle laughed.

“We are very fortunate to have tons of family and friends nearby ready to help in any way they can,” said Michelle. “My mom has even moved in with us to help us get a schedule down with the quads and to help take some of the pressure off of Andrew and me.”

The family prepared as much as possible in the weeks leading up the birth of the babies. They have four of everything but are in search of a vehicle large enough for their entire family, which will now include five car seats. Michelle’s mother started a go fund me  account so they can purchase a van to bring the quadruplets home in the coming weeks. She said that although Andrew is employed and the family plans to help however possible, the expenses of diapers and everything else needed for the babies is expected to be overwhelming. 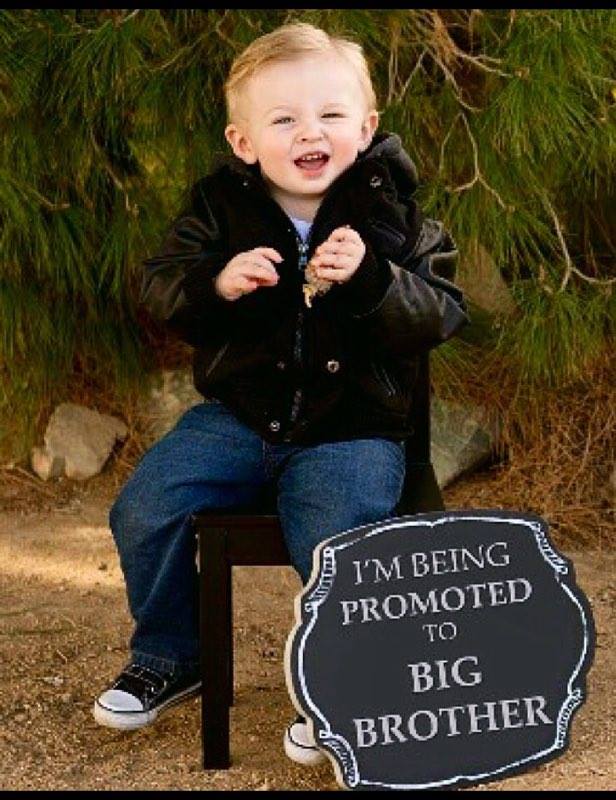 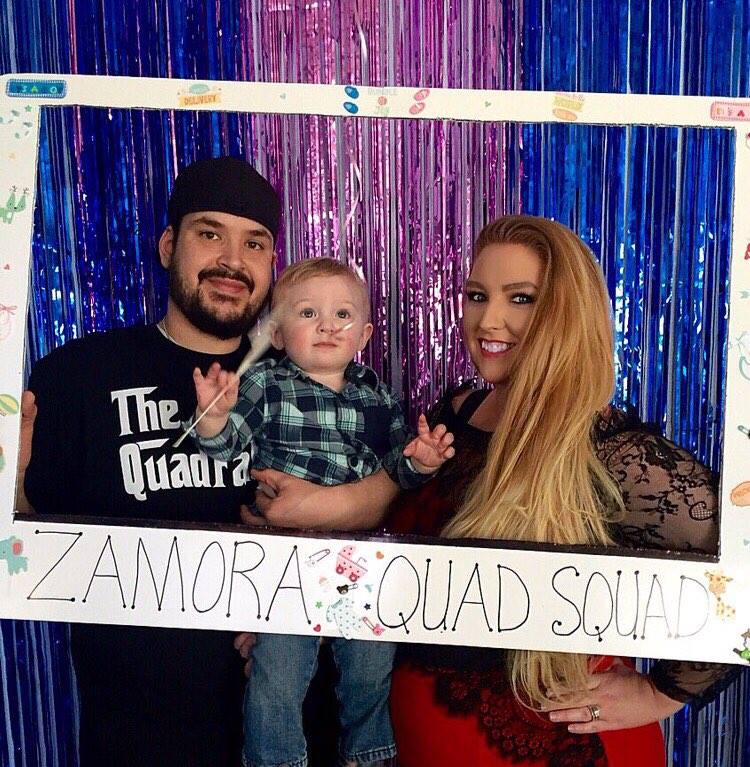 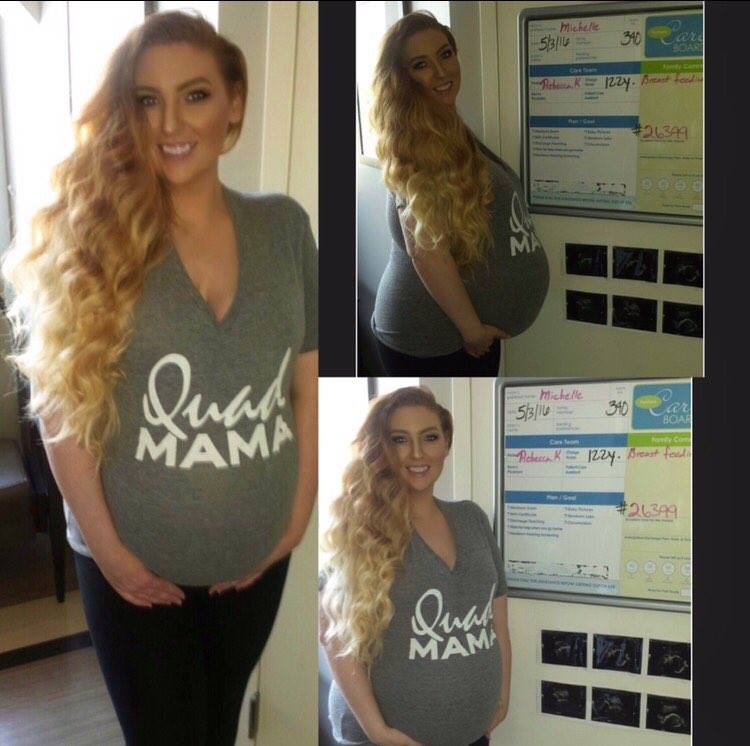 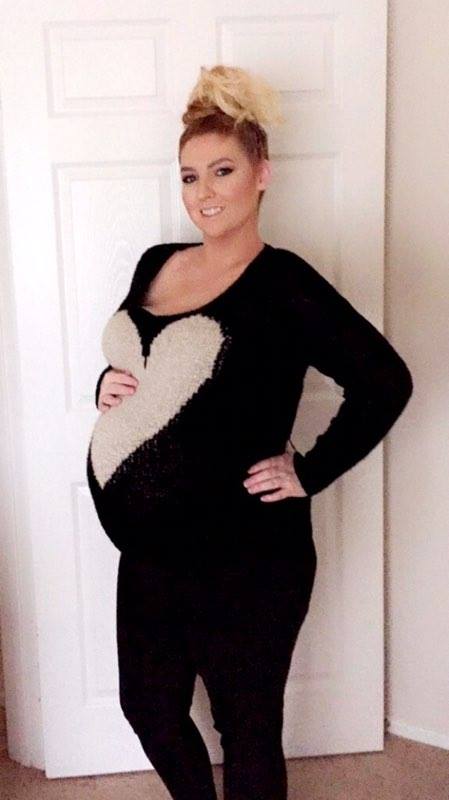 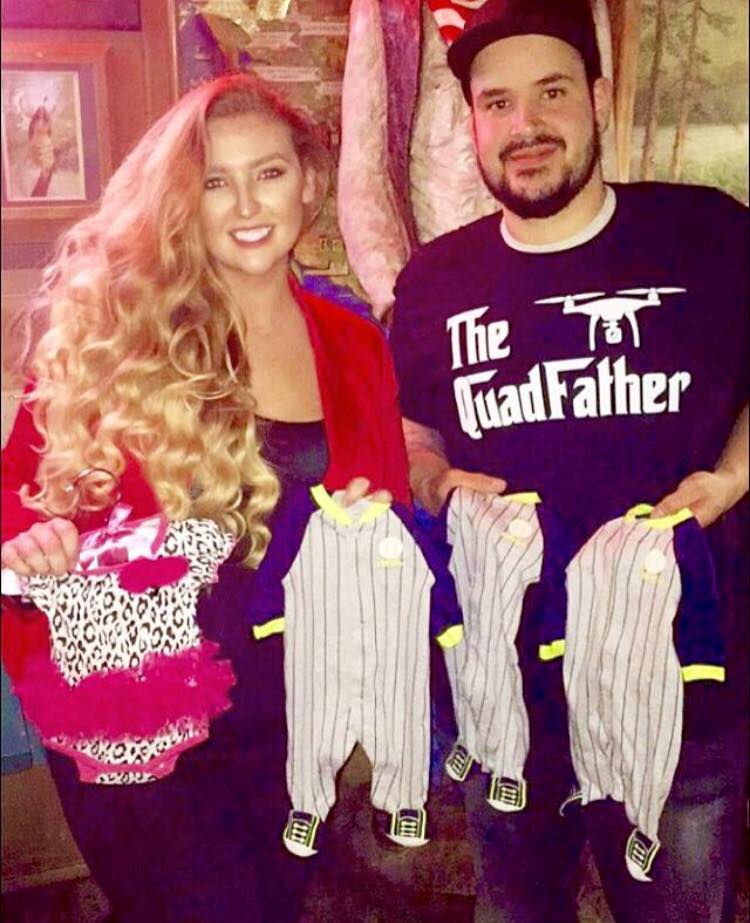 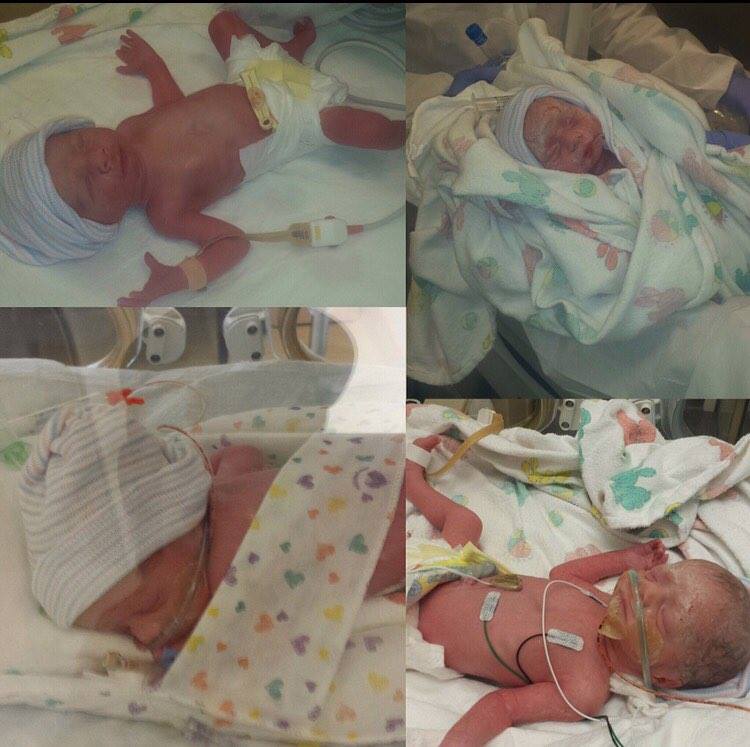