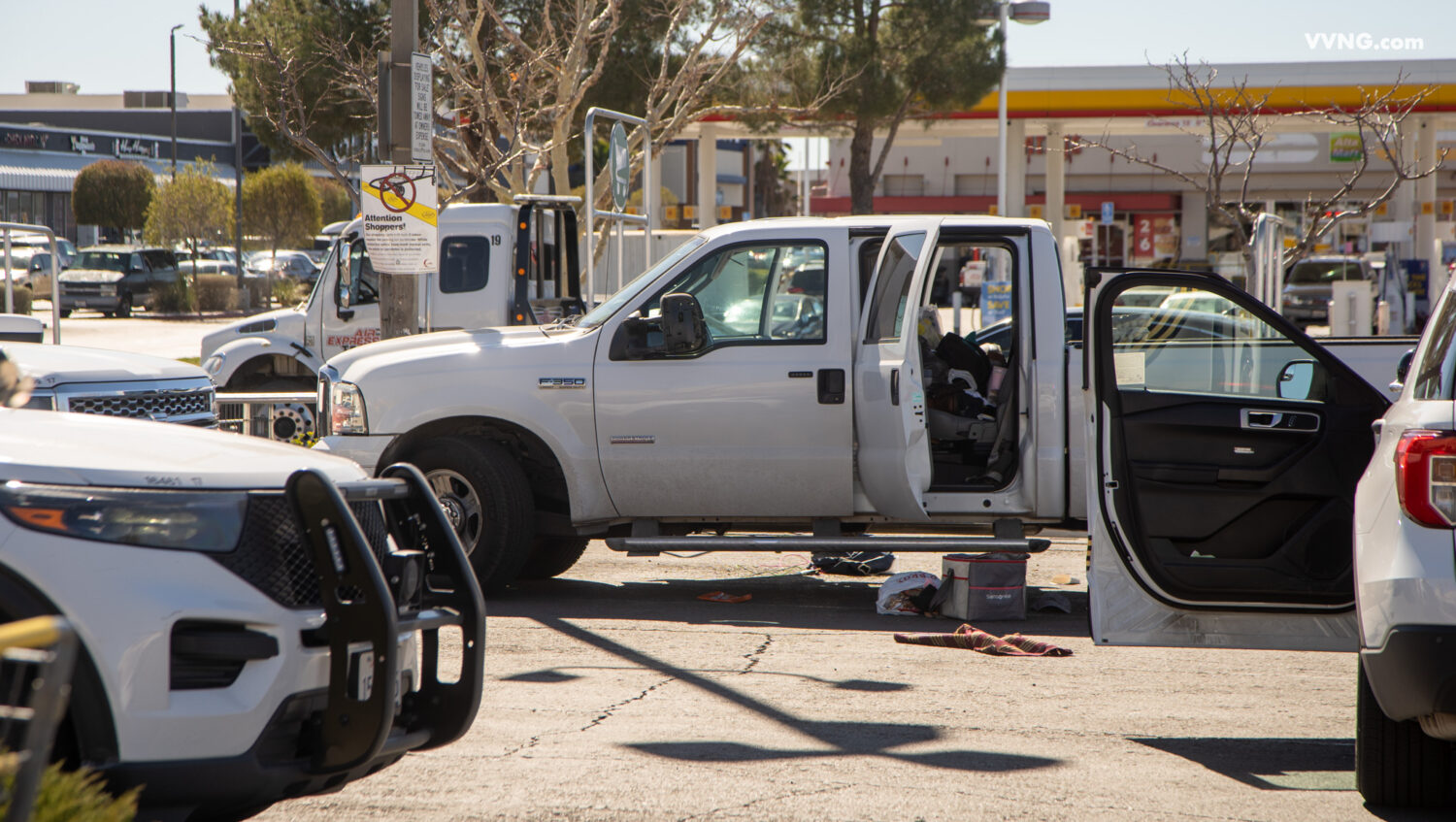 VICTORVILLE, Calif. (VVNG.com) — Three people were detained following a pursuit in a stolen truck that ended in a Victorville Food 4 Less parking lot.

“Deputies located the vehicle and attempted to conduct a traffic stop. The driver did not comply and a pursuit ensued,” stated sheriff’s spokeswoman Amanda Paslak.

The pursuit came to an end when the truck stopped in the Food 4 Less Parking lot on La Paz Drive and all three of the occupants fled on foot.

Paslak said all three subjects have been detained and the investigation is ongoing. This is a developing story and additional information will be updated as it becomes available.