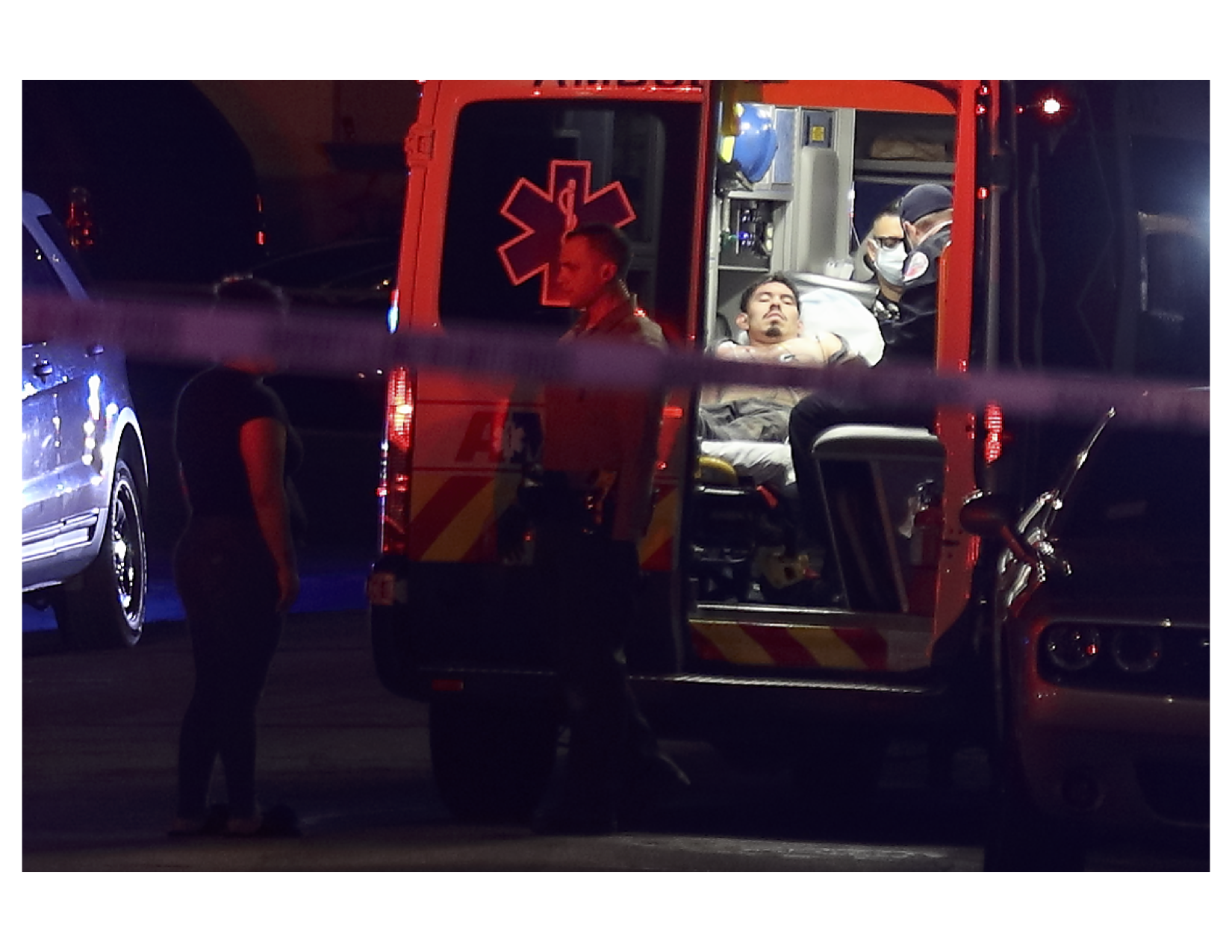 The suspect was evaluated in an ambulance before being booked. (Gabriel D. Espinoza, VVNG.com)

VICTORVILLE, Calif. (VVNG.com) — A 20-year-old suspect on probation was taken into custody following a pursuit that turned into a stand-off Tuesday night.

At about 7:21 PM on July 21st a Victorville deputy was involved in a brief pursuit in the area of Seventh and Victor Street in Victorville. Sheriff’s officials said the suspect foot-bailed and ran inside a garage where he barricaded himself in the 14200 block of Burning Tree.

A sheriff’s aviation helicopter responded and made PA announcements over the speaker asking for residents to stay inside their homes. At about 10:00 PM deputies made entry and detained the suspect identified as Gabriel Rodriguez.

He was checked out by medical personnel in the back of an AMR ambulance and eventually booked into the High Desert Detention Center. According to jail records, Rodriguez lives at the Burning Tree address and is being held without bail for violation of probation and an outstanding warrant for Assault With a Deadly Weapon.

Rodriguez is scheduled for arraignment in a Victorville courtroom on July 23, 2020.