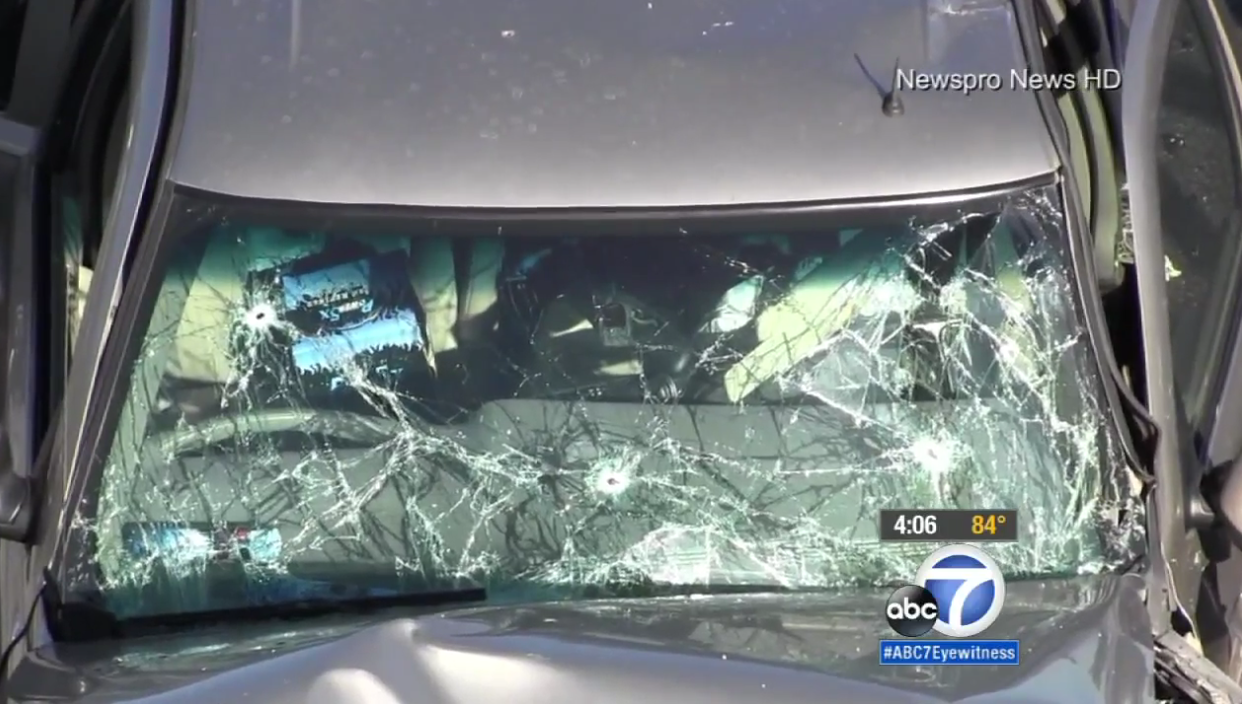 MUSCOY-(VVNG.com): Authorities have identified a 32-year-old Fontana man shot dead during a high speed chase through Fontana and San Bernardino on Friday afternoon.

On September 18th, a traffic stop was initiated after deputies identified the suspect of a September 17th home invasion. The suspect who was driving a beige Tahoe failed to yield, sparking a pursuit, which reached approximately 100 miles per hour. The suspect, ran several red lights and stop signs, and narrowly missing several pedestrians, according to authorities.

The driver entered northbound traffic of the 215 freeway heading southbound still at a high rate of speed. Due to the severe safety hazard the wrong way driving caused to the public, a deputy from the Sheriff’s Aviation Division fired several shots striking the suspect vehicle near Little League Drive in Muscoy. The suspect jumped from the still moving vehicle and ran a few yards prior to collapsing on the side of the roadway.

The suspect vehicle continued moving, subsequently colliding into an uninvolved vehicle, injuring two adults and a juvenile. The adult male and 13-year-old boy were treated and released, while the adult female is currently hospitalized and recovering from her injuries.

The suspect, identified as Nicholas Alan Johnson, of Fontana was pronounced dead at the scene. Johnson was struck by the gunfire prior to jumping from the moving vehicle. The northbound 215 traffic was closed for the investigation and was reopened early Saturday morning.

Anyone with information regarding this incident is urged to contact Detective Chuck Phillips or Sergeant John Gaffney of the Specialized Investigations Division, Homicide Detail at (909) 387-3589.Callers wishing to remain anonymous are urged to contact the We-Tip Hotline at 1-800-78-CRIME (27463) or the We-Tip website at www.wetip.com.