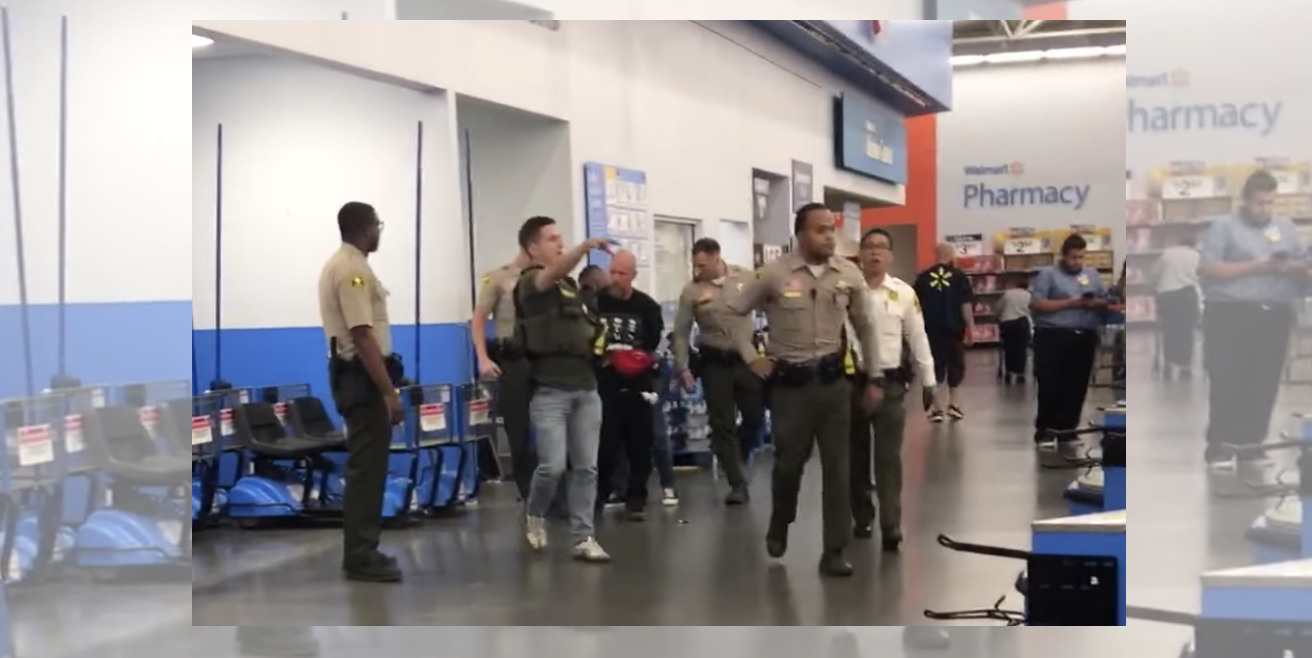 HESPERIA, Calif. (VVNG.com) — A pursuit suspect was taken into custody after running inside a Victorville Walmart and caused damages Wednesday night.

It happened on July 31, 2019, at about 9:52 pm, when Deputy Bray from attempted a traffic stop on a dark-colored SUV with expired registration at the intersection of Santa Fe Avenue and Eucalyptus Street.

The driver, identified as Jason Michael Rockhold, 40, failed to yield and led deputies on a pursuit through Hesperia and Victorville.

Sheriff’s spokesman Edgar Moran said the pursuit made its way into the parking lot of the Walmart in the 12200 block of Palmdale Road.

Rockhold ditched the vehicle and made a run for the Walmart as deputies chased after him.

“While deputies were detaining Rockhold, he caused approximately $1,000.00 in damages to water fountains,” stated Moran.

Deputies did a walkthrough of the area where Rockhold ran through Walmart and discovered a clear bag with suspected methamphetamine.

Moran said a loaded handgun was also found inside of Rockhold’s vehicle.