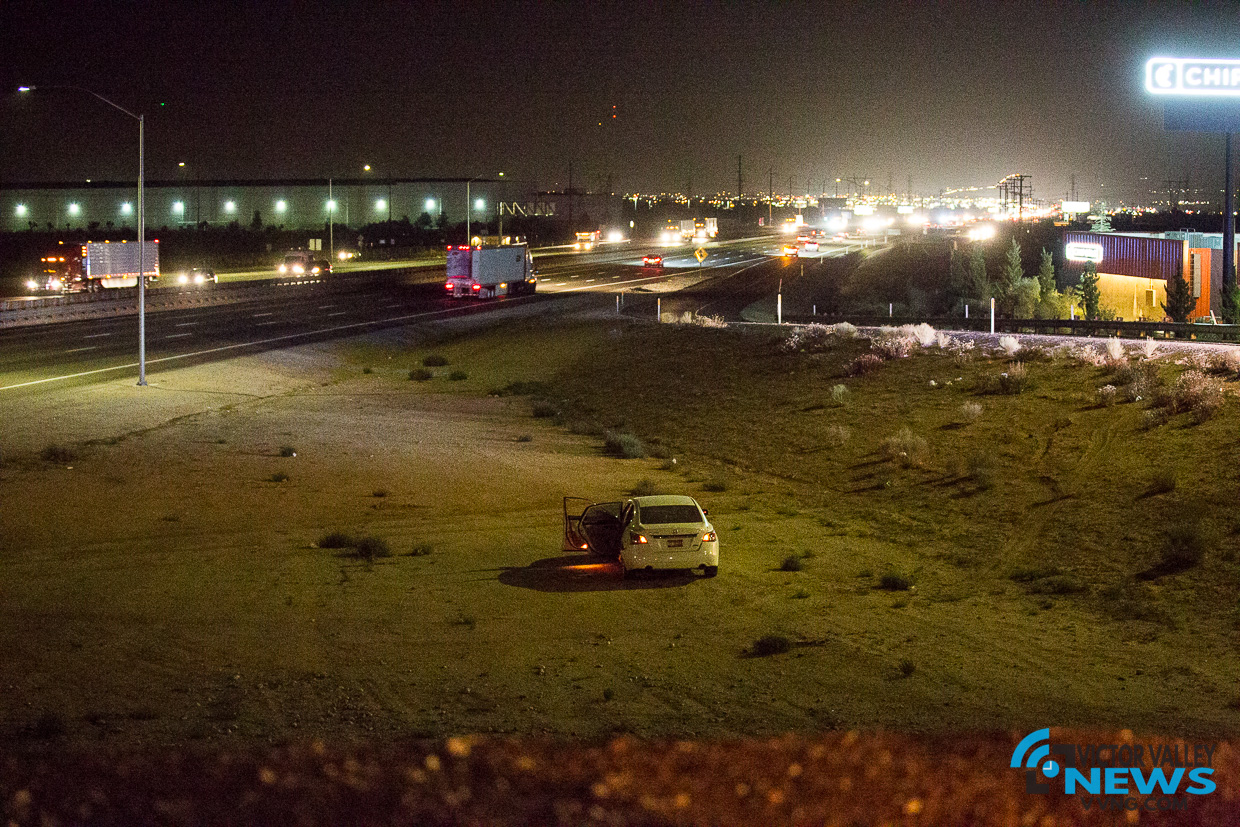 HESPERIA, Calif. (VVNG.com) — A 42-year-old suspect was taken into custody after failing to yield and crashing down an embankment, officials said.

Juan Sanchez was arrested by deputies with the Hesperia Police Department on July 11, 2018, near the Main Street I-15 northbound on-ramp.

Sheriff’s spokeswoman Jackie Chambers told Victor Valley News, that at about 9:00 pm, deputies attempted a traffic stop on the vehicle near the intersection of Main Street and Topaz.

“The vehicle, a white Nissan sedan, failed to stop for the deputy and a short pursuit ensued,” stated Chambers. According to Chambers, the driver of the Nissan missed the turn to the I-15 on-ramp and went down the embankment where he foot bailed from the vehicle.

Pursuing deputies apprehended Sanchez and took him into custody without incident. No one was injured during this incident.

According to public arrests records, Sanchez was booked into the High Desert Detention Center for VC 2800.2(a), Evading a Police Officer, VC23247(E) Driving Without an Interlock Device, VC12500(A) Driving Without a License, and a multitude of traffic violations. Additionally, Sanchez was wanted by Los Angeles County and Orange County for outstanding warrants. His bail is set at $137,000 dollars with the combined charges.

Sanchez is scheduled to appear in a Victorville courtroom for arraignment on July 13, 2018, and in a Rancho Cucamonga courtroom on July 16, 2018.