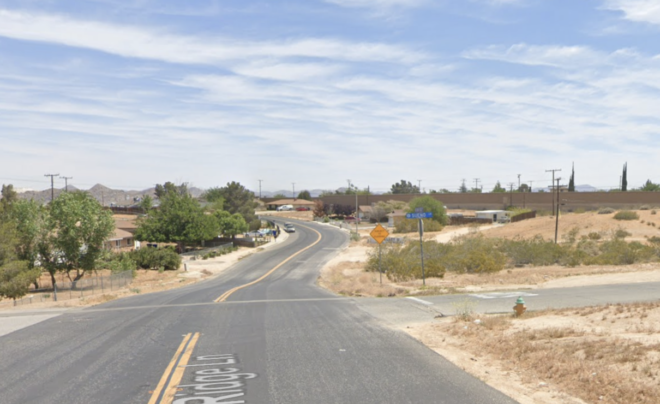 VICTORVILLE, Calif. (VVNG.com) — A suspect who ran from police after a pursuit in a stolen vehicle was found hiding in a backyard of a Victorville home, officials said.

It happened on Tuesday, January 21, 2020, when a couple of Victorville deputies patrolling in the oldtown area and spotted a suspected stolen 2012 Toyota Sienna in the area of 6th and Lincoln Streets.

Deputies Fratt and Baltierra pulled behind the Toyota and the driver, Kevin Earl Caldwell, 36, of Victorville, sped up and led the deputies on a pursuit.

The pursuit continued for approximately 2-miles before Caldwell jumped out of the van in the area of La Paz and Mojave Drives in Victorville. He ran across the 15 Freeway and into a neighborhood near Sueno and Village Drive, officials said.

Multiple deputies and Sheriff’s Aviation responded to the area and conducted a search for Caldwell.

According to a sheriff’s news release, “he was spotted in the backyard of a residence by the Aviation unit, who guided deputies on the ground to the location.”

Caldwell was taken into custody and arrested. He was booked at High Desert Detention Center for vehicle theft and evading a Peace Officer with disregard for safety. Caldwell was also found to be on probation and had an active warrant for violating his probation.

Caldwell is being held without bail due to violating his Post Release Community Supervision (PRCS). He is scheduled to appear in Victorville Superior Court on January 23, 2020.

Anyone with information about this investigation is asked to contact Deputy D. Fratt or Deputy M. Baltierra at the Victorville Police Department at (760) 241-2911 or Sheriff’s Dispatch at (760) 956-5001.