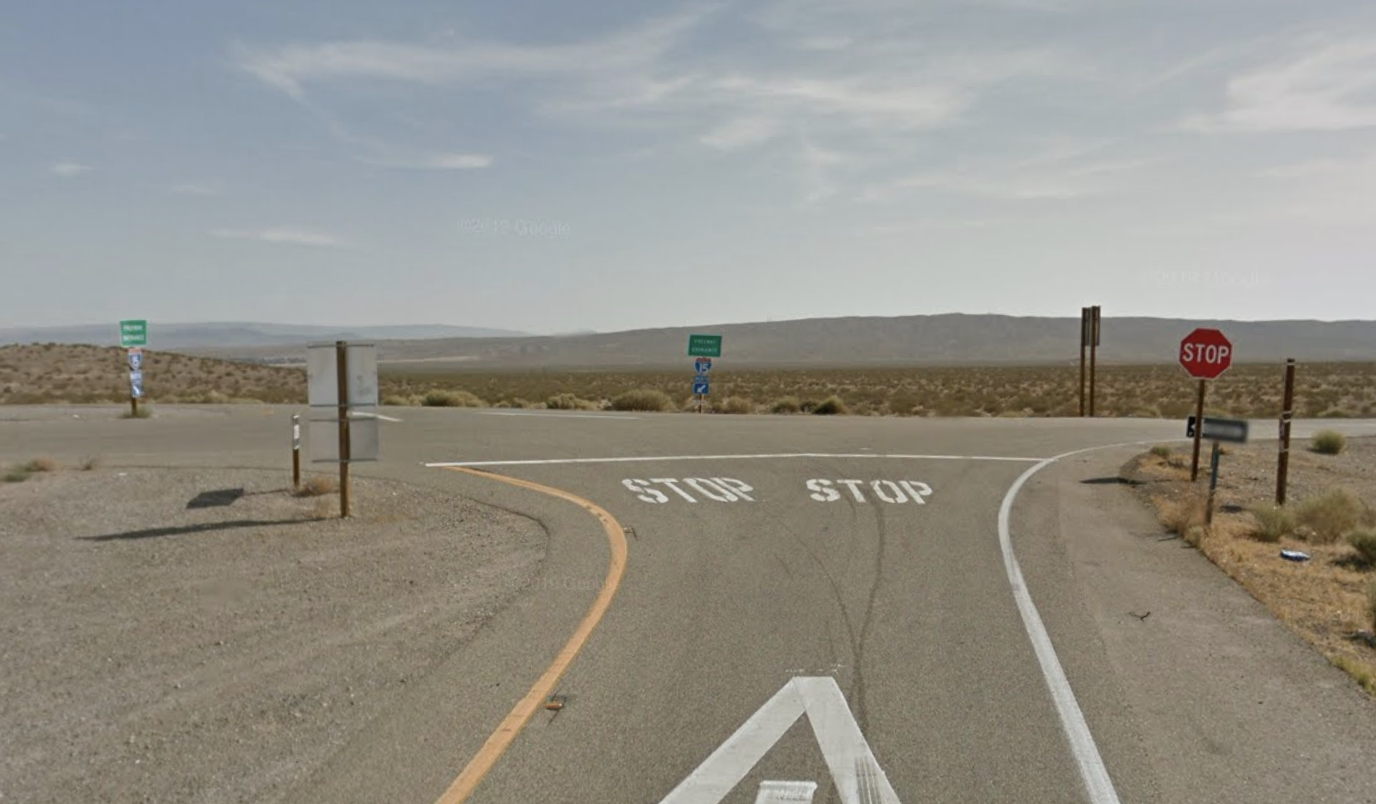 BARSTOW, Calif. (VVNG.com) —  The California Highway Patrol is searching for a suspect who led officers on a high-speed pursuit on the I-15 freeway Thursday evening.

The pursuit began at about 6:10 pm when a CHP – Victorville Sergeant advised of a pursuit on the northbound 15 freeway, north of Wild Wash Road.

The vehicle being pursued, a maroon 2015 Toyota, was originally stopped for speeding but fled the scene when the Sergeant attempted to contact the driver during the stop, officials said.

A records check later confirmed the vehicle was reported stolen out of Fontana.

A Barstow CHP unit joined the pursuit near Hodge Road where the suspect vehicle continued to flee at speeds over 100 MPH.

The suspect vehicle exited at Outlet Center Drive, lost control, collided into a signpost and came to rest in the open desert northeast of I-15, officials said.

The driver, described as a Hispanic male adult, fled the vehicle in a northerly direction, into the open desert.

California Highway Patrol officers with the assistance of the Barstow Police Department and the San Bernardino County Sheriff’s set up a perimeter between Outlet Center Drive and Lenwood Rd.

After an extensive search of the area, officers were unable to locate the suspect who is still outstanding.

This incident is currently under investigation by the California Highway Patrol, Barstow Area.

If you have any additional information regarding this incident, please contact the California Highway Patrol Barstow Office at 760-255-5900.