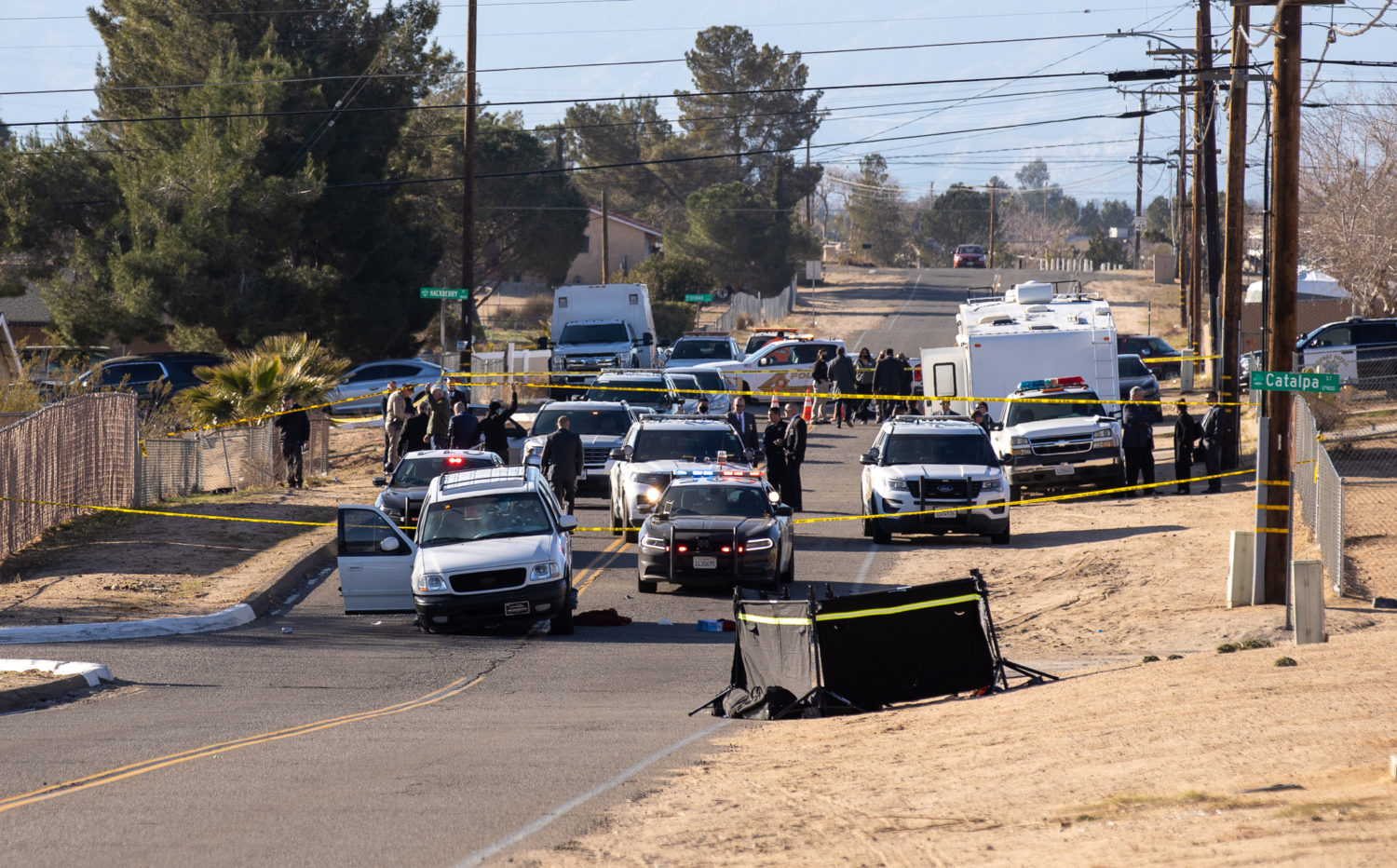 On Wednesday, February 17, 2021, at 1:42 a.m. California Highway Patrol Officers were in pursuit of a suspect wanted for shooting at occupants in a vehicle on Tuesday evening on the I-15.

The suspect exited at Main Street and continued to flee from officers despite having one flattened tire. The suspect stopped in the area of Peach Avenue and Catalpa Street in Hesperia when the vehicle became disabled.

A high-risk traffic stop was conducted but the suspect refused to exit the vehicle. For more than an hour, officers and deputies negotiated with the suspect to safely exit the vehicle, but he continued to ignore their commands. Less than lethal methods were used in an attempt to gain compliance and resolve the situation, but they were unsuccessful.

After more than an hour of negotiating, the suspect got out and ran to the front of the vehicle and began shooting at the officers, then ran while he continued to shoot at them. At this time, an officer-involved shooting occurred and the suspect was struck.

Moments after the shooting, a 911 caller reported three people at a nearby home were struck by gunfire. Medical aid responded to the home on Catalpa Street and found an adult male, an adult female, and a 14-year-old male with injuries.

The victims were transported, and the female and 14-year-old remain hospitalized and are expected to recover from their injuries. The adult male was treated at a local hospital and released. Authorities said they are in the process of conducting interviews and were unable to verify if the bystanders were inside or outside of the home during the incident.

Investigators with the Sheriff’s Specialized Investigations Division and California Highway Patrol are on scene conducting the investigation.

The name of the deceased male is being withheld pending notification of next of kin.

Officials said no other details are being released at this time, updates will be provided as additional information becomes available.