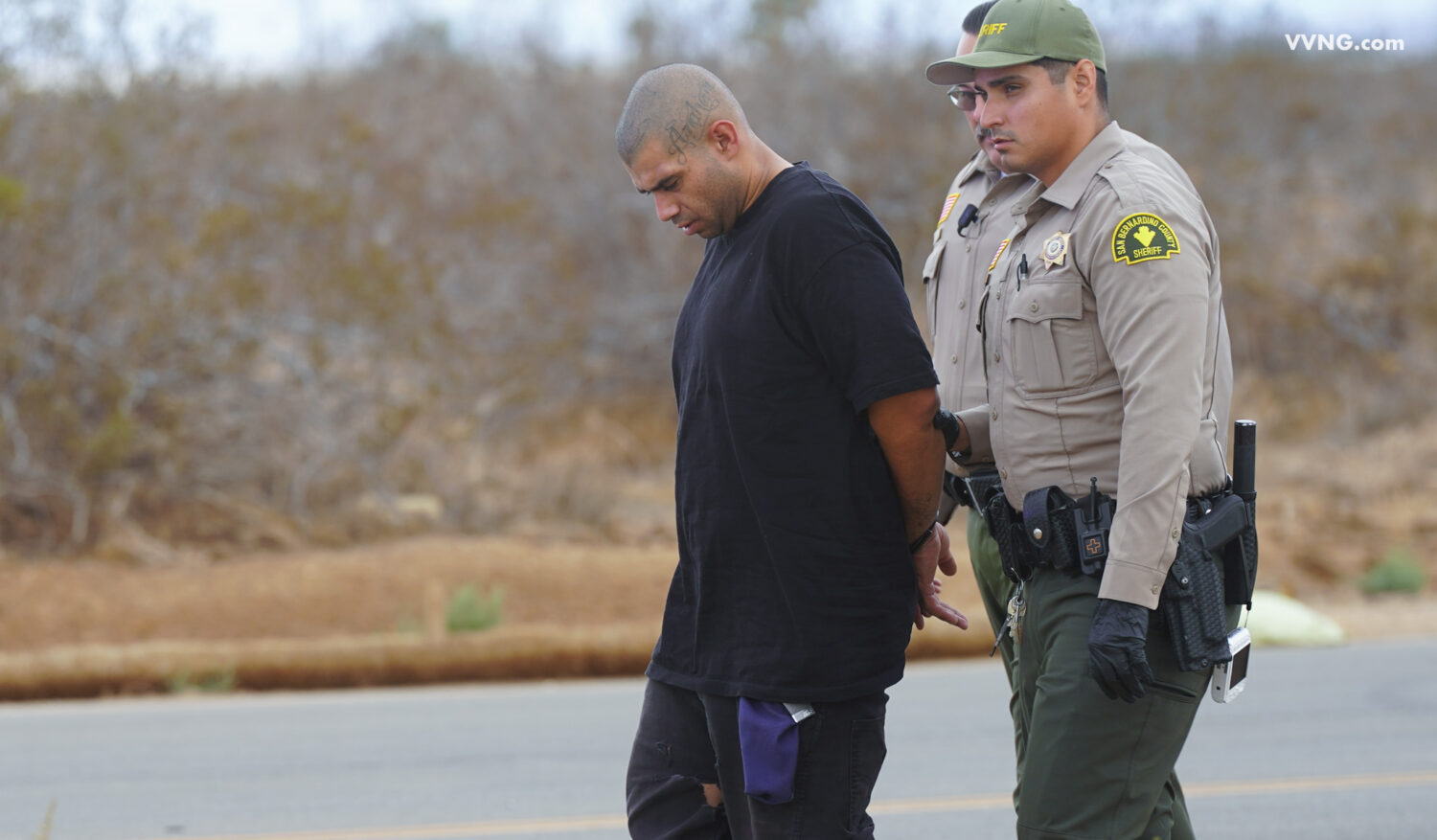 UPDATE 9/12 — Sheriff’s officials told VVNG a deputy saw an Audi that had been reported stolen in Corona. The car was near Bear Valley and Mariposa and a traffic stop was attempted.

The driver, Angel De Los Santos 27, of Anaheim, failed to yield and a pursuit was initiated. Deputies used a PIT maneuver to disable the car on the southbound 15, near Main St. The suspect fled on foot and was apprehended near Amargosa and Eucalyptus. He was booked at HDDC for possession of a stolen vehicle and evading.

VICTORVILLE, Calif. (VVNG.com) — A pursuit suspect was arrested after crashing on the I-15 freeway in Victorville and attempting to run from the scene.

It happened on Saturday, September 10, 2022, and started in the area of Mariposa and Nisqualli Roads.

The suspect led multiple patrol vehicles on a high-speed pursuit on several busy surface streets and even some residential areas before entering the southbound I-15 freeway at Bear Valley Road.

Just moments after entering the freeway the suspect lost control of the black 2-dor Audi sedan and the vehicle became lodged across the drainage ditch. The suspect ditched the vehicle and foot-bailed onto Amargosa road and towards Christa Road where he was apprehended by deputies.

Fire personnel evaluated the handcuffed suspect before he was placed into the back of a patrol unit and transported to the High Desert Detention Center for booking. Information on his identity was not available for release.

Details regarding the reason for the pursuit or suspect information have not been released by sheriff’s officials. Additional information will be updated as it becomes available.

Related Topics:15 freewayaccidentCrashcrimesafetyvictorville
Up Next