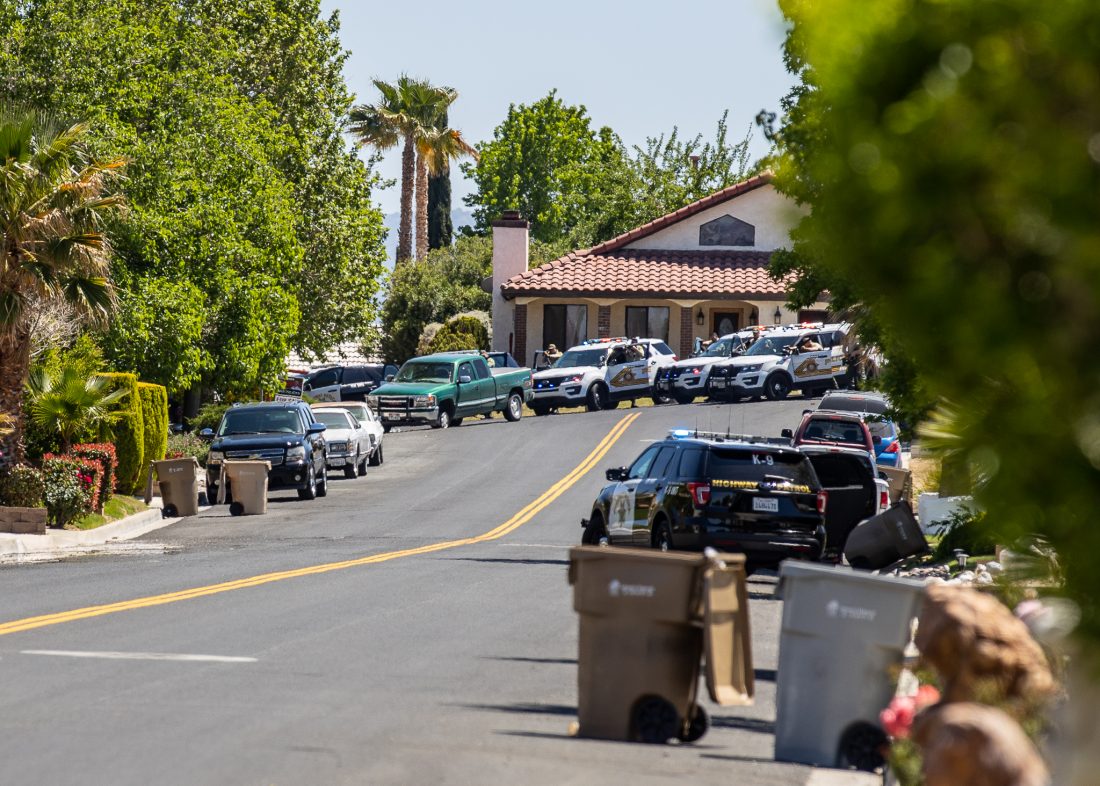 VICTORVILLE, Calif. (VVNG.com) — A suspect is in custody following a pursuit on the I-15 freeway Monday afternoon that ended with a stand-off in the community of Spring Valley Lake.

The pursuit started within the jurisdiction of the Barstow Police Department after an officer attempted a traffic stop on a green GMC Sierra and the driver failed to yield.

According to unconfirmed reports, the license plate on the truck returned to a different vehicle.

The pursuit continued on the southbound I-15 freeway trough Apple Valley, Victorville, Hesperia, down the Cajon Pass, before the driver exited on Duncan Canyon in Fontana and made his way back up to the Victor Valley.

California Highway Patrol Officers deployed a spike strip on the northbound I-15 near Oak Hill Road that caused the front driver side tire to go flat.

The pickup truck exited on Bear Valley Road and drove eastbound for several miles before making a left turn onto Ridgecrest Road and eventually down Vista Point in the community of Spring Valley Lake.

After coming to a stop, the suspect refused to exit the vehicle prompting a stand-off with law enforcement that lasted for approximately 1 hour. A CHP aviation unit and sheriff’s helicopter were overhead during the incident and provided assistance to ground deputies.

At about 3:30 pm, sheriff’s spokeswoman Jodi Miller confirmed the incident was over and the suspect, Jared Kierstead, 40, was detained and taken into custody.