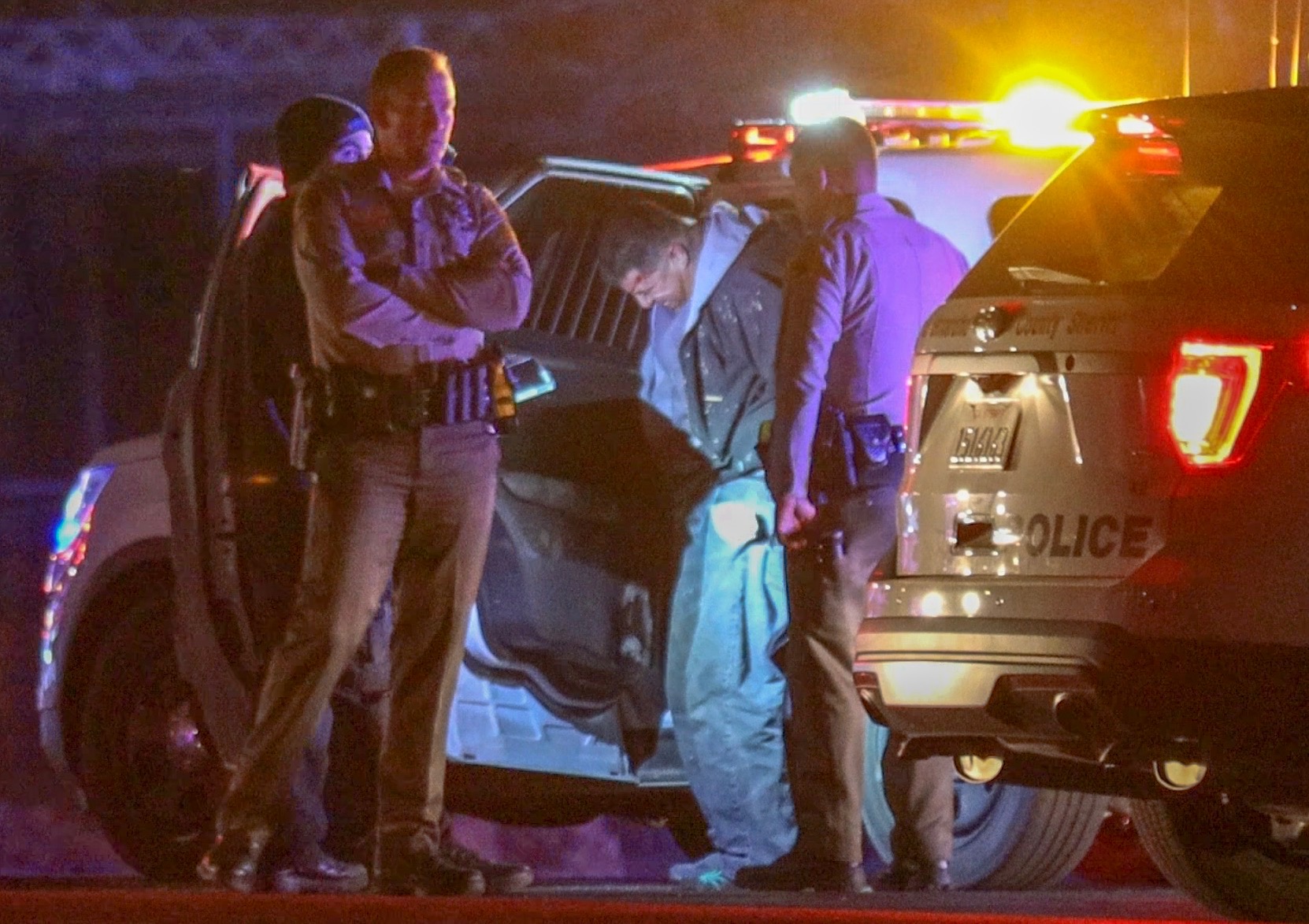 VICTORVILLE, Calif. (VVNG.com) — A male suspect was taken into custody after leading San Bernardino County Sheriff’s deputies on a pursuit in a stolen vehicle.

At about 11:04 pm, on Saturday, December 22, 2018, Victor Valley News Group members reported police were in pursuit of a white 2001 Yukon SUV in the area of Locust Avenue and Bear Valley Road.

A helicopter responded and assisted ground deputies with aerial support as they chased after the suspect.

“I live off Lindero he came down our street and lost his tire,” stated Catriina Acosta.

The pursuit ended when the suspect’s vehicle drove through the old Walmart parking lot on Balsam Avenue causing the truck to become stuck over the landscape curbing.

According to unconfirmed witness statements, deputies used a pit maneuver to terminate the pursuit.

The suspect, Gabriel Arganda, 45, was arrested and booked into the Adelanto Detention Center where he’s currently being held on a $100,000 bail, according to public arrest records.

Arganda is charged with VC2800.2(A) Evading a Peace Officer with Disregard to Public Safety, PC245(C) Assault with a Deadly Weapon other than a Firearm, VC10851(A) Vehicle Theft, and VC2800.4 Evading and Possible Wrong Way Driver.

He is scheduled for arraignment in a Victorville courtroom on December 26, 2018.

Information regarding what prompted the pursuit or the suspect’s name were not available for release at the time of this article.