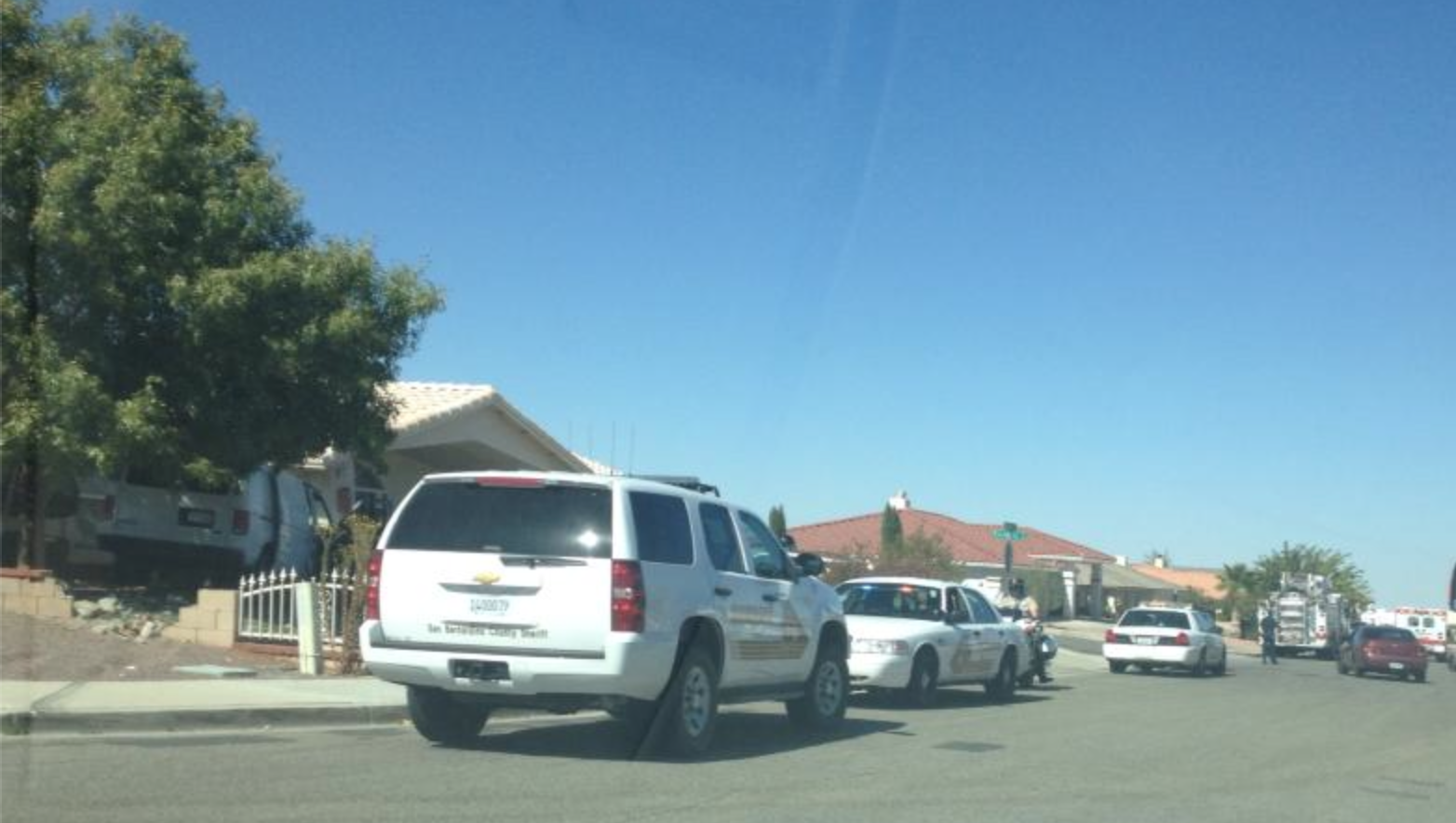 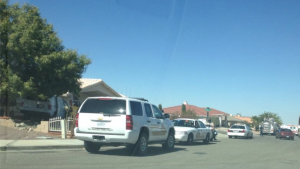 Oct 14 – At 1:05 p.m. the San Bernardino County Fire Department responded to a reported vehicle into a structure at a home on the 10500 block of Westway Rd. in Hesperia.

The first arriving unit reported a full size van had collided into a single family residence. After making sure there were no injuries to the occupants of the structure, it was deemed that there was significant damage to a load bearing portion of the front of the home.

The San Bernardino County Fire Department Urban Search and Rescue Team was requested to respond to the scene, to set up shores in the affected areas. These shores are constructed on-scene by USAR personnel and are designed to support thousands of pounds.

The driver of the vehicle was being pursued by law enforcement at the time of the accident. The driver did not sustain any injuries and was taken into custody. As of this time, there have been no reported injuries to civilians or emergency responders. There are no reported road closures in the affected area.

VVNG member Trisha Rodriguez Little, commented My quiet neighborhood, they caught the dirt bag, yes I said it. He is a robber & tried to run a cop down. Ran thru my neighbors home, and hid in their garage. Thank Victorville PD, and our awesome Hesperia PD, we love you guys!