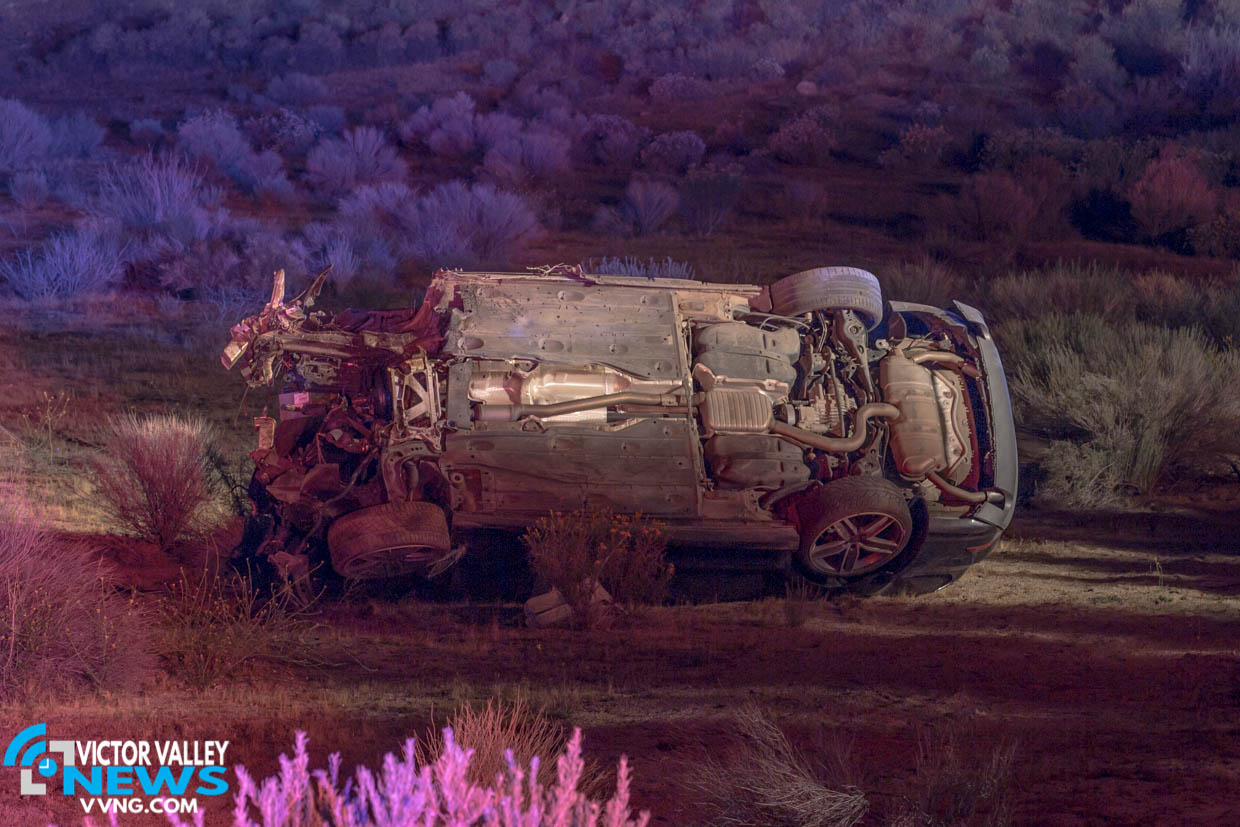 HESPERIA, Calif. (VVNG.com) Several hundred homes were without power after a pursuit ended with the suspect crashing into a power pole Saturday night.

At around 11:48 p.m., a San Bernardino County Sheriff’s Deputy initiated a traffic stop on a black Audi on suspicion of driving under the influence when it failed to stop.

The driver continued to flee from deputies driving at a hight rate of speed.

According to Sergeant Mello, the pursuit started in the unincorporated area of Hesperia and it ended when the suspect crashed into a utility pole on Lake Arrowhead Road.

The impact caused the pole to shear at the base sending power lines down across the road.

The Audi then flew off the side of the road landing several hundred feet down an embankment. The impact also caused the engine from the vehicle to fall out.

“The suspect was still in the vehicle and deputies detained him. He was transported to the hospital as a precaution. He possibly had minor injuries,” stated Mello.

According to Southern California Edison, 345 customers were impacted by the outage and most customers are expected to be restored by 5:00 a.m.

Lake Arrowhead is closed between Sutter Street and Danbury Avenue for several hours while SCE employees work to repair the downed utility pole.

The suspect in the back of an ambulance prior to transport. (Gabriel D. Espinoza, Victor Valley News)