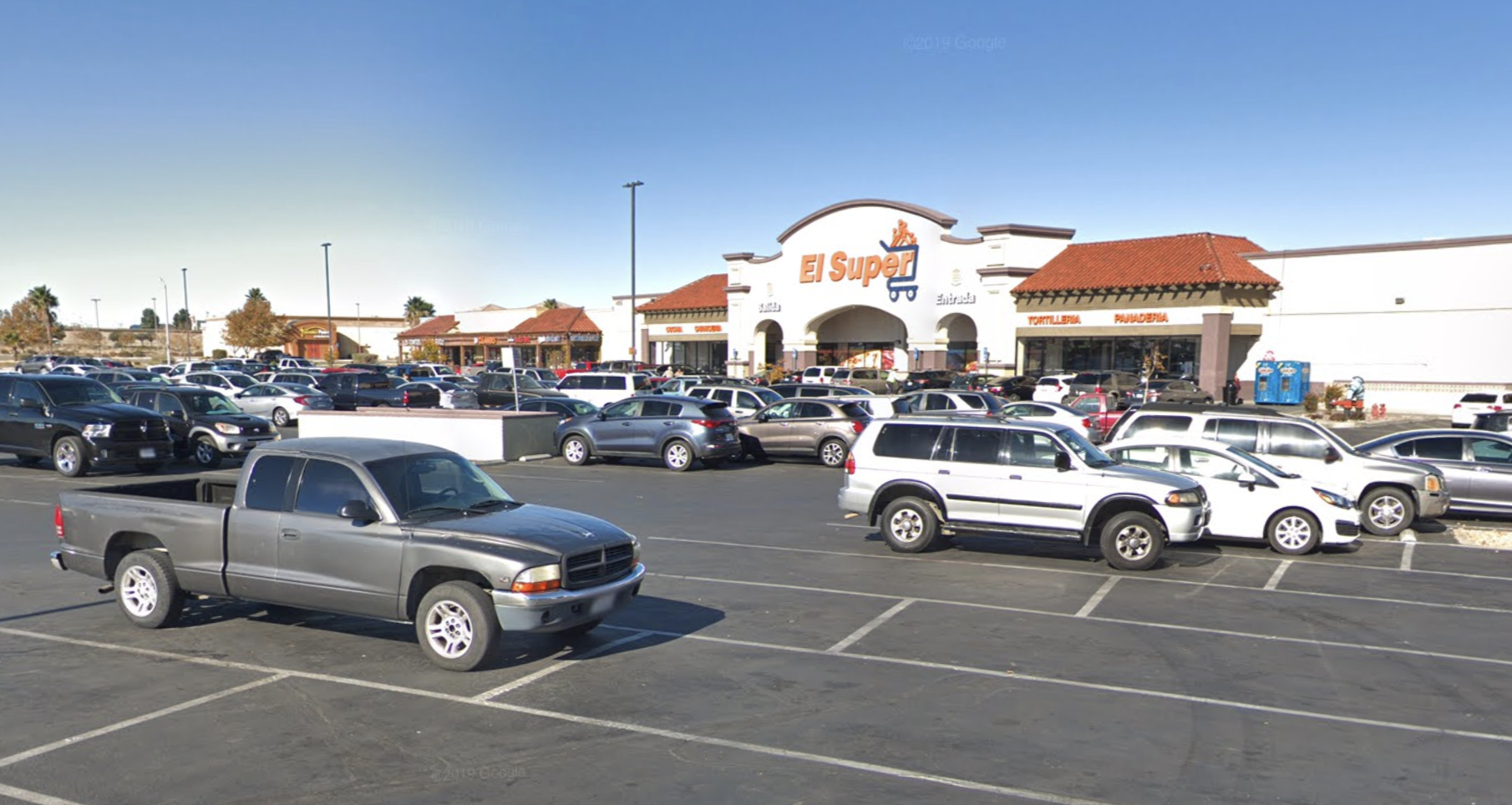 VICTORVILLE, Calif. (VVNG.com) — Police are searching for a man who reached into a woman’s car and snatched her purse as she was attempting to back out of a parking space at the El Super in Victorville.

According to a sheriff’s news release, the female victim was in her vehicle getting ready to leave the parking lot.

“As she began to back out of the parking space, a blue or purple Audi stopped behind her vehicle. A man, described only as a black male, got out of the Audi and approached the passenger door of the victim’s car. The suspect reached into the car and grabbed the victim’s purse, which contained her wallet, cell phone, ID, money, and other personal property,” stated the release.

Officials said after taking the purse the suspect returned to the Audi with the purse and left the area. No suspect has been identified in this case.

Anyone with information about this robbery or the involved vehicle is asked to contact Deputy P. Ortiz or Deputy M. Young at the Victorville Police Department at (760) 241-2911 or Sheriff’s Dispatch at (760) 956-5001. Callers wishing to remain anonymous are urged to call the We-Tip Hotline at 1-800-78CRIME (27463) or you may leave information on the We-Tip website at www.wetip.com.