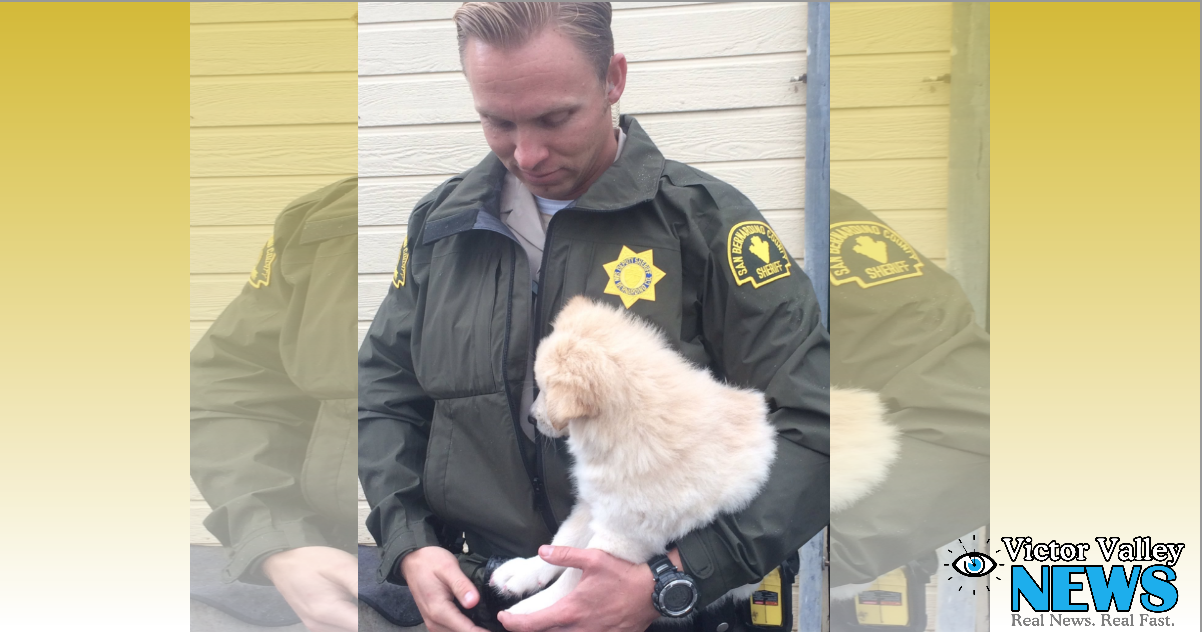 CHINO, Calif.(VVNG.com)– Deputies located a small puppy stuffed inside a bag during an arrest at a residence in Chino.

On November 27, 2016, at approximately 12:28 PM, deputies were dispatched to a call of a stabbing near the intersection of Monte Vista Avenue and Francis Avenue in the city of Chino.

Upon arrival, deputies spoke with a 19-year-old female victim who told authorities she sustained injuries after Vincente Lopez, 49, pressed a pointed sword into her neck and also bit her.

The 19-year-old girl sustained superficial abrasions to the left side of her neck from the sword and an injury to her right knee from the bite.

While deputies were inside Lopez’s bedroom searching for the weapon, a small bag began to move. Deputies discovered a small Husky puppy stuffed inside the small black bag. The bag was zipped up completely, had a vinyl lining, and did not allow for appropriate air flow for the animal.

Upon rescue of the Husky, the puppy was visibly limp and had shallow breathing. Animal Control arrived on scene and transported the puppy to the veterinarian for medical evaluation and treatment.

A 2-and-half foot long sword was located in Lopez’s bedroom.

Lopez was arrested for Assault with a Deadly Weapon and Animal Cruelty. He was transported to the West Valley Detention Center and booked with bail set at $50,000. He is scheduled for arraignment on Tuesday, November 29th in Rancho Cucamonga.