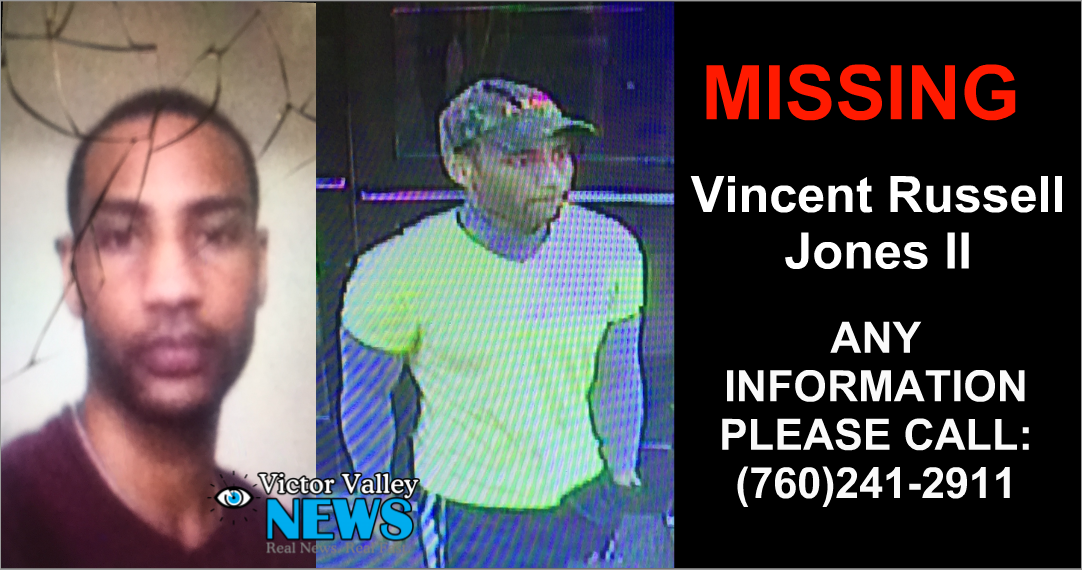 According to a Sheriff’s press release, on Tuesday, March 22, 2016, a black 2010 Ford Fusion 4-door sedan with Illinois license plate was found abandoned near Arrowhead Lake Road and Highway 173 in the unincorporated area of Hesperia. The vehicle registered to Vincent Russell Jones II was located with the windows down, along with Jones’ cell phone and keys inside.

Jones is described as a Black male adult, 6’01”, 200 lbs., with black hair and brown eyes. Vincent has a red and black “Panda” tattoo over his right chest and shoulder.

Video surveillance from the Pilot Travel Center in Jamestown, New Mexico captured Jones as he walked to the restroom on March 20, 2016. Jones made no mention to his roommate or family about coming to California.

Anyone with information is urged to contact the Detective Bureau at the Victor Valley Sheriff’s Station. Detective M. McCurley or Sergeant R. Vaccari can be reached at (760)245-4211.