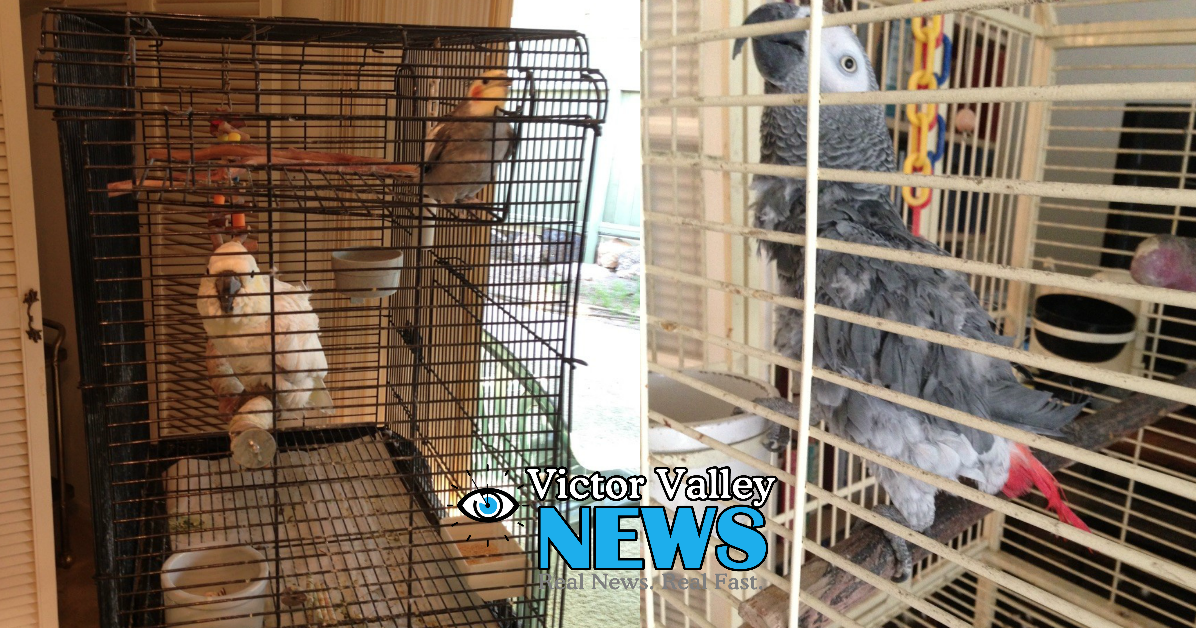 LOMA LINDA, Calif.(VVNG.com)- The Loma Linda Police Department is asking for the public’s help in identifying two suspects involved in the theft of two birds.

On November 11, 2016, at approximately 5:00 pm, two unknown suspects went to the victim’s residence located on the 11300 block of Campus Avenue in Loma Linda in a large pickup truck.

The truck is described as a later model truck, blue and white in color, with dual rear wheel axles.

The suspects approached the victim’s patio and removed 2 large bird cages containing the victim’s pet birds. The cages contained 1 large African Grey Parrot that responds to the name of “Fred” and 1 large Cockatoo that responds to the name of “Ghost.” The cages were cream and dark green in color, approximately 3 feet by 4 feet in size on pedestals with wheels.

The suspects loaded the bird cages into the rear bed area of the pickup truck and fled the location. The birds have been fixtures of the neighborhood for over 15 years and have belonged to the victims for over 20 years. The pets were deeply loved by all who knew them and contacted daily by the students of the medical school.

The first suspect is a Hispanic male in his early 20’s, approximately 5’7″, 150 pounds, with a clean cut appearance. He was wearing blue jeans and a black t-shirt at the time of the theft. The second suspect is a Hispanic female in her early 20’s, approximately 5’7″, 170 pounds, wearing a hoodie covering her features at the time of the theft.

The Loma Linda Police Department is requesting the community’s assistance with returning these beloved pets to their rightful owners. Anyone with information regarding this case is urged to contact Central Station at (909) 387-3545. Callers wishing to remain anonymous are urged to call the We-Tip Hotline at 1-800-78-CRIME (27463) or you may leave information on the website at www.wetip.com.