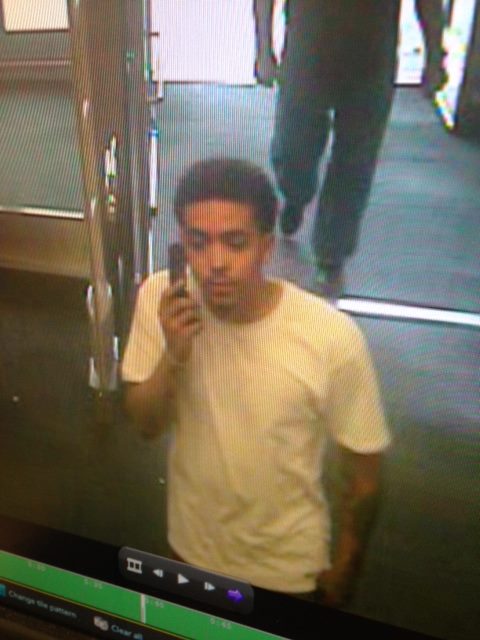 One of the victim’s stolen credit cards was used at several locations in Corona and Norco. Video surveillance was obtained of the suspect using the stolen credit card at Target, 1290 Hamner Ave. Norco. The suspect walked out of the business and entered a white 2 door BMW with tinted windows and sunroof. The suspect is described as a black male adult, early 20’s, 6 foot/ 170 pounds, with tattoos on his left forearm; he was last seen wearing red gym shorts, white t-shirt and sandals.