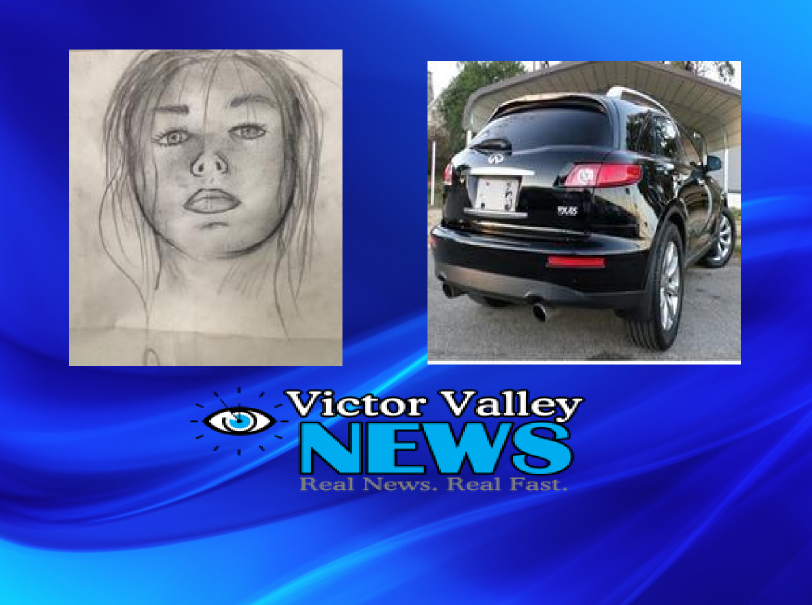 VICTORVILLE-(VVNG.com):  Nearly a month following the hit and run collision taking the life of 39-year-old, Mandy Joy Sky a sketch of the suspect has been released.

The incident took place shortly after midnight on Wednesday, February 18th. Sky was seen on nearby

video surveillance obtained from a car wash in the roadway on 7th street south of Tatum Road. The driver of the 2005-2008 Black Infiniti FX series struck the woman leaving the scene where Sky sustained fatal injuries.

The suspect vehicle had a red, white and blue motorcycle shown in the video following closely behind it. The driver of the Infiniti was described as a light-skinned Hispanic female in her mid 20’s with black wavy hair. The vehicle will be a black Infiniti FX series vehicle with front end damage.