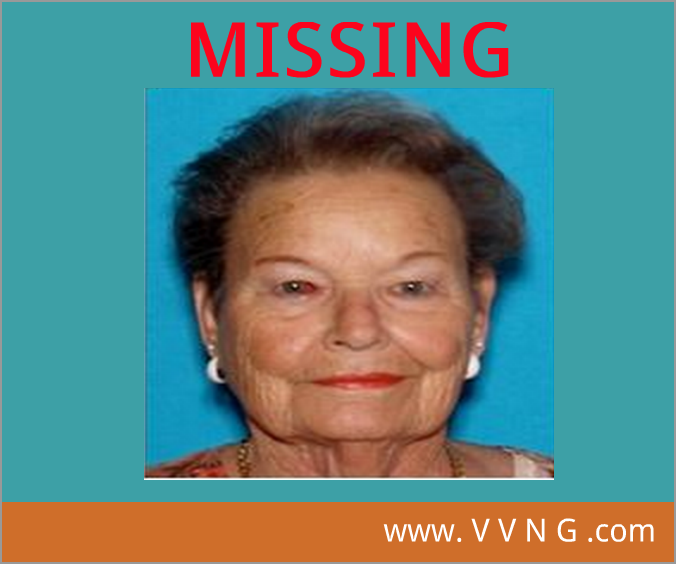 (VVNG.com)The San Bernardino Sheriff’s department is asking for the public’s help in locating 84-year-old Nola Pauline Taylor who went missing out of the 29 Palms area. Nola is described as a white female who is 5’4, 110 lbs., gray hair and hazel eyes.

According to a press release, on Monday, September 8, 2014, Nola Taylor left Hi Desert Medical Center in Joshua Tree, driving her car in route to her quilting class at the Yucca Valley Community Center. Taylor never made it to her class and her vehicle was later discovered by the sheriff’s department on Friday, 09/12/2014, after her son reported her missing. Taylor’s tan 1989 Lincoln Continental was located disabled in the city limits of 29 Palms on Desert Quail Drive and Baseline Road, at which time the sheriff’s department started an immediate search of the area utilizing patrol personnel, sheriff’s aviation, sheriff’s blood hounds, and search and rescue; however Taylor was not located.

The sheriff’s department and other agencies are continuing search efforts and are asking for the public’s help with any information regarding Taylor’s whereabouts. Any information please contact the Morongo Basin Sheriff’s Station Detectives Division at (760) 366-4175.