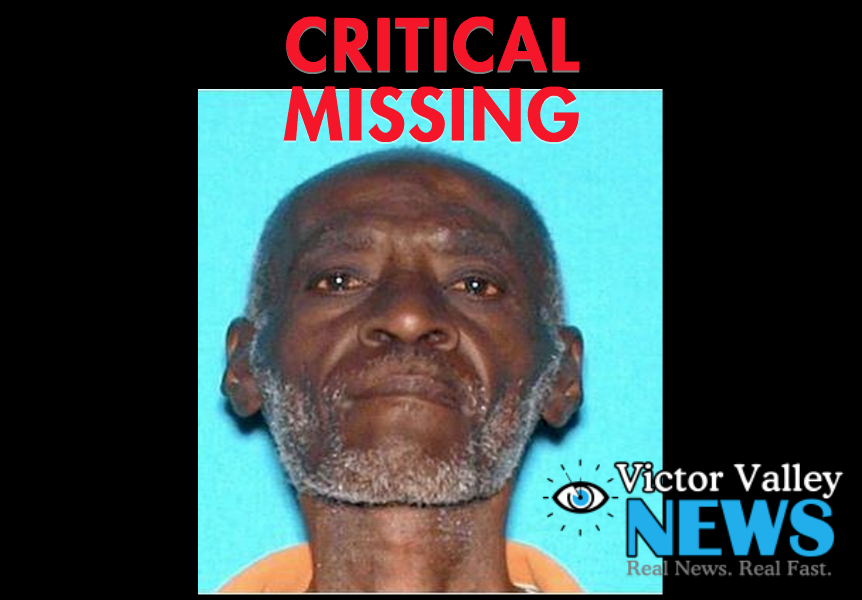 UPDATE 6/9 @ 4:15 PM: Authorities say, Archester Daniels, 64, from Hesperia was safely located in San Bernardino on Thursday, July 9, 2015. He is reported to be in good health and back at his residence.

HESPERIA:(VVNG.com)- The Hesperia Sheriff’s Station is asking for the public’s help in locating a critical missing person.

64-Year-Old Archester Daniels was last seen on Sunday, July 5th at about 5:00 P.M., by his family at their home on Willow Street in Hesperia.

According to authorities, Daniels suffers from Type 2 Diabetes and Alzheimer’s. He was reported missing on Tuesday, July 7, 2015 at approximately 8:52 a.m. and is reportedly without any of his medications.

Daniels is described as a Black Male, 5’11”, 160 lbs., Brown eyes, bald head, and has a scar on his forehead. He was last seen wearing a light blue button up shirt, beige shorts and unknown type of shoes.

Through investigation, Deputy Avila learned Daniels was admitted to Victor Valley Hospital on July 5th and released July 6th at approximately 6:55 a.m. Daniels reportedly gets around town on public transit and when he’s off his diabetes medication may appear to be impaired or under the influence.