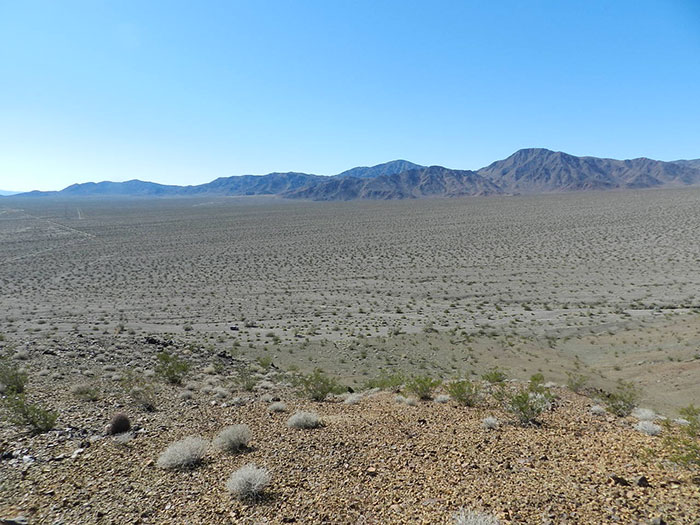 The Bureau of Land Management has scheduled an additional public meeting for public comment on the Soda Mountain Solar Project’s draft environmental document. The meeting is scheduled for Saturday, Jan. 11, 2014, from 1 p.m. to 4 p.m. at the Travelodge Inn and Suites Yucca Valley Meeting Room, 54850 29 Palms Highway, Yucca Valley.

The public meetings are being held to aid the public’s understanding of the project and to solicit written comments on planning issues and the potential impacts, alternatives, and mitigation measures that should be considered in the Final Environmental Impact Statement/Environmental Impact Report.

Soda Mountain Solar LLC has requested authorization to construct, operate, maintain and decommission the Soda Mountain Solar Project, a photovoltaic facility and necessary ancillary facilities, including a project substation, access road, realignment of an existing designated route (Rasor Road), operations and maintenance buildings and lay down areas. The project is proposed on 4,179 acres with the solar field and associated facilities occupying approximately 2,222 acres. The proposed site is approximately six miles south of the community of Baker and straddles both sides of Interstate 15.

Publication of the NOA initiated a 90-day public comment period that ends on March 3, 2014. Written comments will be accepted at the public meetings. Written comments also may be sent by email to: jchilders@blm.gov, by fax to (951)697-5229, or by mail:

“Map of proposed project on either side of Interstate 15, west of Baker, California.” (photo:basinandrangewatch.org)

Further details about the proposed Soda Mountain Solar Project can be obtained by contacting Childers by phone (951) 697-5308, or e-mail at jchilders@blm.gov, or found on the following website: https://www.blm.gov/ca/st/en/fo/barstow/renewableenergy/soda_mountain/.