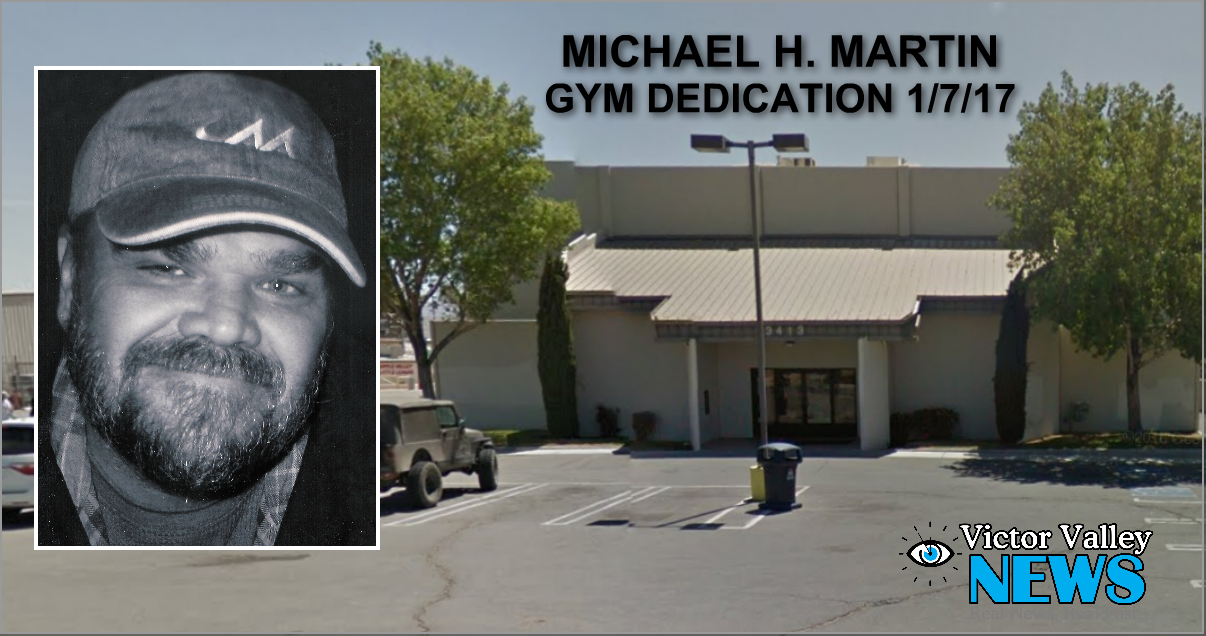 A Town of Apple Valley Parks and Recreation Commissioner from 2005 until his passing on December 31, 2015, Mike was also an employee of the Apple Valley Recreation and Park District from about 1985 through 2001. Among other accomplishments, he was instrumental in the growth of the youth basketball league and implemented the first pee wee sports programs for Apple Valley.

“Big Mike”, as he was known, was also a mentor and coach to thousands of kids who passed through the gym. There are many stories from people who spent formative hours under Mike’s watchful eye. These “gym rats” – a self-imposed label they embrace in love – remember his support, guidance, advice and even stern admonitions when called for. They credit him with surviving tough times, passing classes and staying out of trouble.

Thanks to Mike, the gym was and shall remain a safe haven, where the youth of Apple Valley may come to play.

The community is invited to the dedication ceremony on Saturday, January 7, 10:30 a.m. The gym is located at 13413 Navajo Road, next to the James A. Woody Community Center.