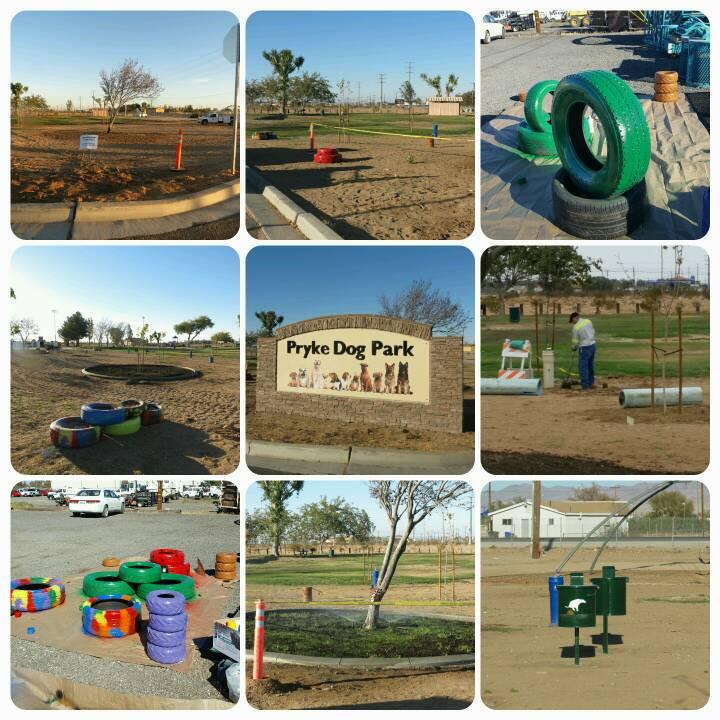 Set to open with a ribbon-cutting and barbecue on December 17, 2016, the dog park will be located at the existing Richardson Park, adjacent to City Hall.

The first 50 dogs will receive free Microchips and $10 for any dogs after.

The new dog park was turned into a reality thanks to a $25,000 donation from the foundation of the late newspaper publisher Raymond Pryke, city officials say.

“We decided to give $25,000 donation to honor one of Ray and Rosemarie Jane Pryke’s wishes, which was to support animals in many different ways,” said Linda Garber. “We want to thank the City of Adelanto and Cindy Herrera for working together to make this happen,” she added.

“Corky and Friends are so excited to see their dog park become a reality! A Big Hug to all our 300 volunteers who have given so much of their time and effort to help promote precious dogs who will continue to help find “Forever” homes for their little friends,” said Joy Jeannette, Founder & Executive Director at Founder National Spirit of Freedom Veterans 1st.

Bring out the entire family to join the grand opening celebration from 9am-12pm. All pets on a leash are also welcome.

Adelanto’s dog park becomes the third dog park in the High Desert, along with locations at the Town of Apple Valley’s Civic Center and Hesperia’s Lime Street Park.

Adelanto Close to Having Its First Dog Park