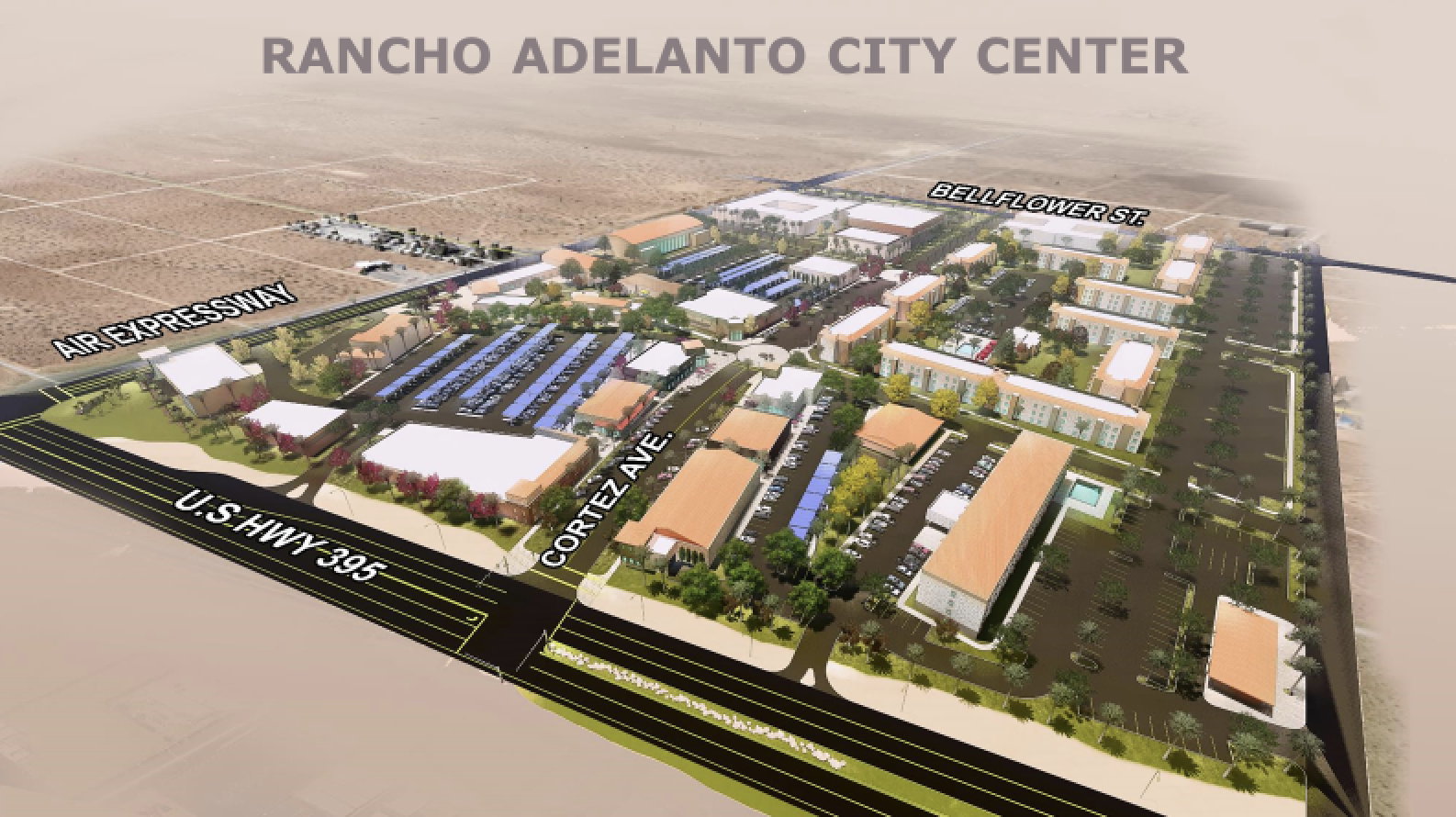 “This project has been in the works for the past two-and-a-half years, it’s great to see that property has been secured and the plans are moving forward,” said Mayor Richard Kerr. “This is no longer just a pipe dream, this project will become a reality and we’ll have an area we can all be proud of,” Kerr added.

Miller conceded that the key to the project is a signal at Highway 395 and Cortez Avenue. “We would like this to be the entry point into the project and have a feel like the main street of the city, like Disneyland’s main street—only better,” he added.

“A signal at this intersection is critical because we can’t attract national brands without it,” said Miller. “That’s what they need to get traffic to slow down and enter into the complex.”

Miller and partners have met with Cal Trans, and a traffic study has been completed which concluded that a signal is feasible, acceptable and safe for traffic and he’s working with Cal Trans to modify and modernize the plan for Highway 395.

Mayor Kerr indicated that not only will this project take advantage of the tremendous development potential for Highway 395, but it will be parallel to the much anticipated six lane E-220 freeway and High Speed Rail south of Palmdale Road that will connect Palmdale/Lancaster area to the Victor Valley and ultimately access to Las Vegas.

“Rancho Adelanto Center will be able to capture tax revenue from folks stopping to eat, get gas or visit either of the proposed retail establishments,” said Kerr. “These folks from L.A. County would normally take I-210 to I-15 then on to Vegas and bypass Adelanto…now they’ll have a direct link through Adelanto.”

Kerr stressed that retail and hospitality is just one component of Rancho Adelanto Center. In addition to walkable shopping and dining, the project will include upscale market rate housing, and a medical corridor that will include a medical center, assisted living, skilled nursing and a health retreat.

“When this project moves forward all the surrounding land will start to see additional development,” said Kerr. A land survey is expected to be completed next week, while other permits and environmental studies are pending.

“We’ve developed the plans we have thus far based on conversations with Council and staff, but we welcome and will be soliciting public input as we move forward,” said Miller. 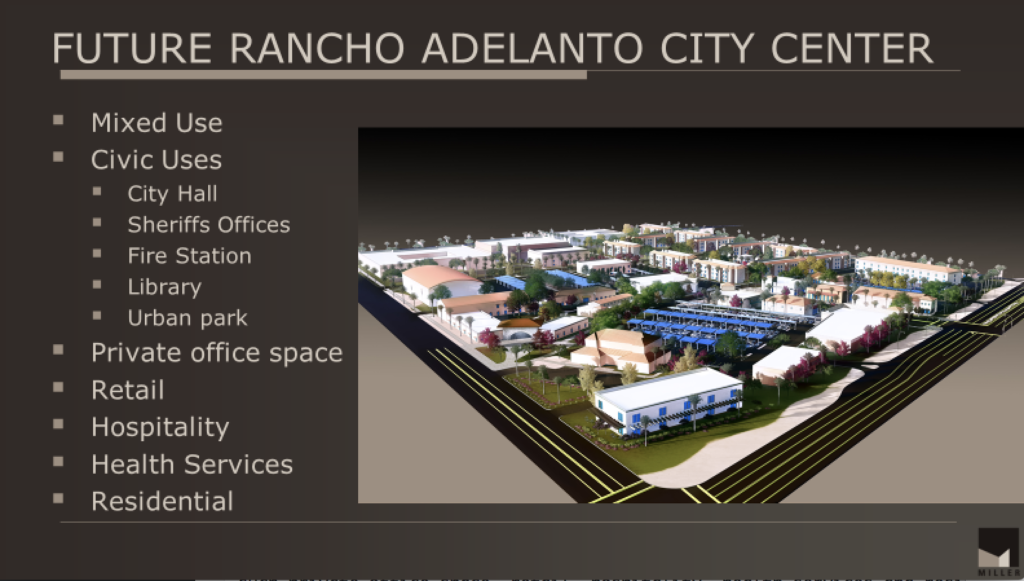