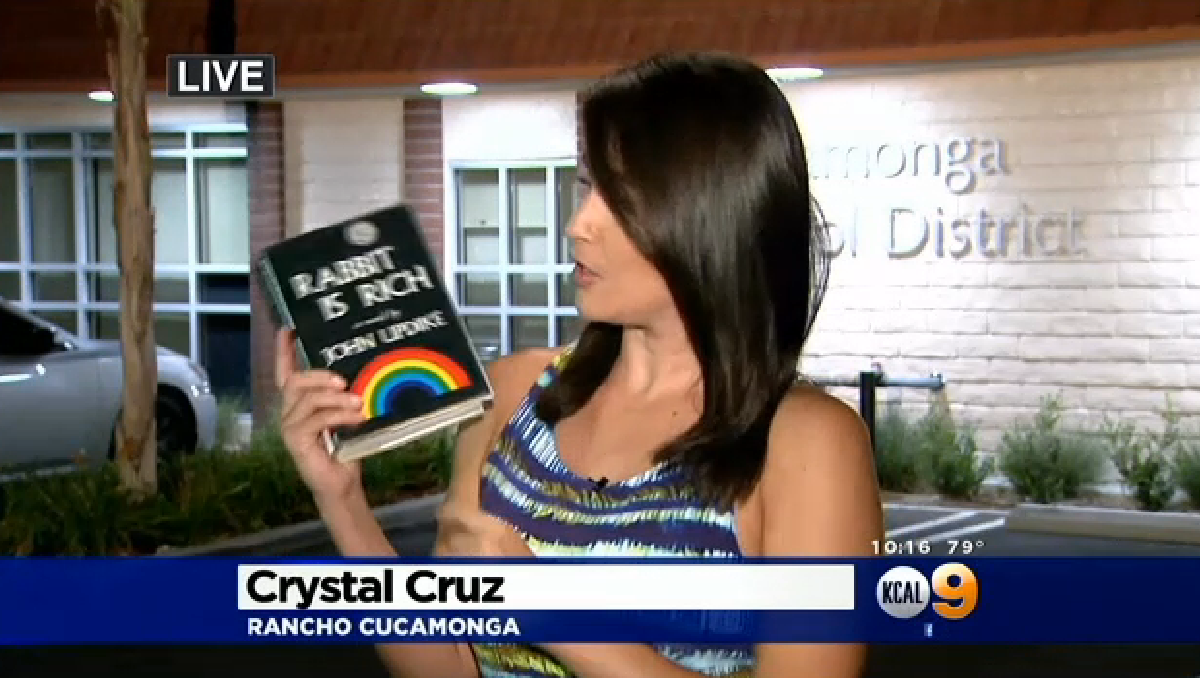 (VVNG.com)- A local mother took to Victor Valley News Group to express her concern over a children’s book after her 12-year-old daughter came home from Rancho Cucamonga Middle School one day with the book, which she had checked out from the school’s library.

The book titled “Rabbit Is Rich” is a 1981 novel by John Updike. The book is classified as a fiction, novel, children’s literature book. In 1982 the book received the Pulitzer Prize for Fiction, what is considered to be one of the most prestigious awards in American literature.

According to a statement received by CBS, the school’s assistant superintendent stated, “the book had been donated, rather than purchased by the school for use, and that a complete audit of all other books is underway.”

CLICK on the link to view an uncensored page directly from the book. WARNING EXPLICIT LANGUAGE.  https://vvng.wpengine.com/page-from-rabbit-is-rich-warning-explicit-content/

Colton Man Arrested for Attempting to Meet a Minor for Sex

Fire in Victorville Caused by Burned Out Water Pump