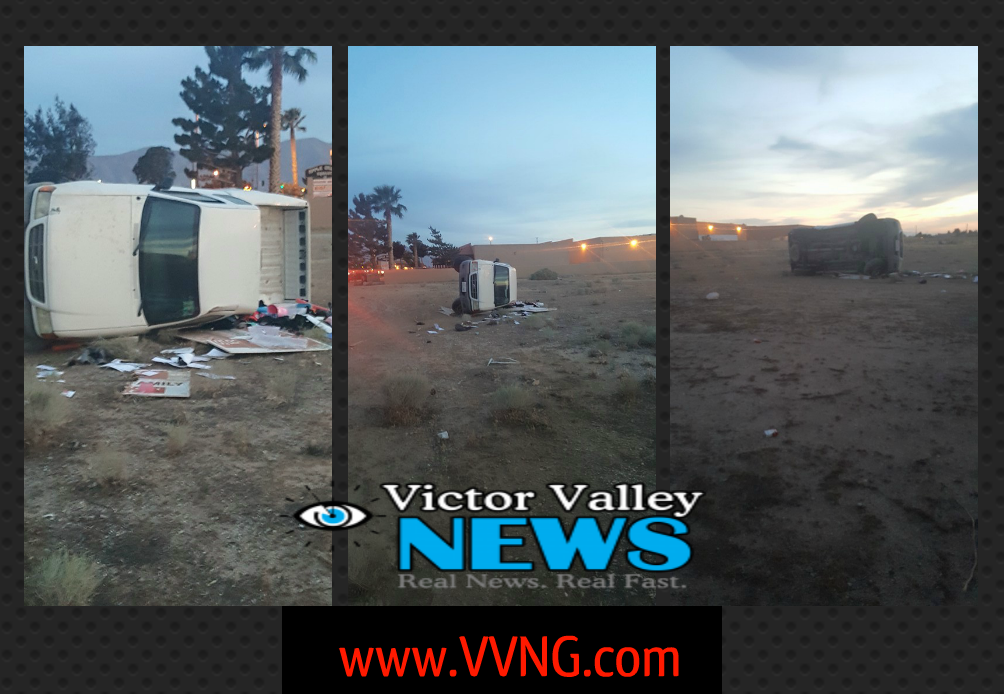 APPLE VALLEY:(VVNG.com)- A single-vehicle accident in the area of Bear Valley Road and Navajo Road injured a pregnant woman. The crash happened just before 8:00 P.M., on Tuesday, May 5, 2015.

According to a witness Gina Mahfouz, the pick-up truck was traveling southbound on Navajo Road when for unknown reasons the vehicle left the roadway. The pick-up truck rolled and ended up in an empty dirt field next to the Stater Brothers shopping center.

A woman inside the truck is reported to be eight months pregnant. As a precaution she was taken by ground ambulance to a local hospital.

“Prayers to all, I was at the light and looked over down Navajo and it was a HUGE cloud of what I thought was smoke but was dirt from the vehicle’s impact in the field,” stated Holly Dias.

The cause of the crash is currently under investigation by the Apple Valley Police Department. More information will be updated as it becomes available.