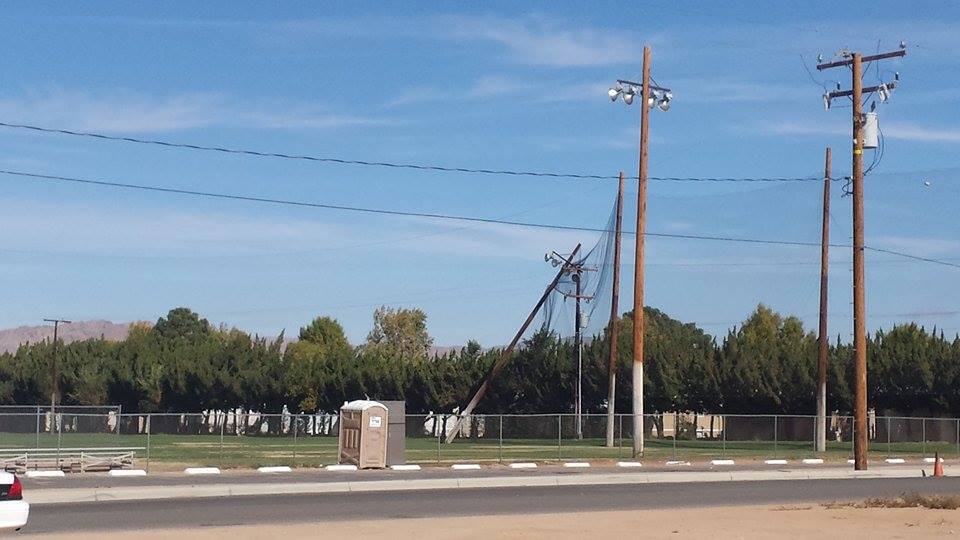 APPLE VALLEY: At approximately 12:00 p.m., on Thursday, November 13, 2014 dispatch began receiving calls of a possible power outage in the area of Navajo Road and Central Road in Apple Valley.

The cause of the power outage was determined to be a downed power pole in the baseball field at James Woody Park across the street from First Assembly of God. According to scanner traffic, the downed wires caught a near by structure on fire located in the Ottawa R.V. Park. Prompting a life hazard alert to be issued due to the downed lines near the structure.

According to witness Caron Enborg, the strong winds knocked over the pole at the base and got caught on the baseball field net. As of 12:30 p.m., firefighters had put out the structure fire and no injuries were reported.

Southern California Edison arrived on scene and immediately began working on repairing the problem. At this time no ETA is available on when power is expected to be fully restored.

No further information is available. Please check back later for more details. 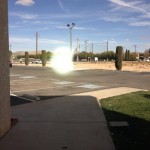 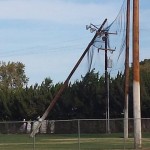 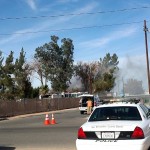 Vehicle Vs. Pedestrian Accident on Eleventh near Main