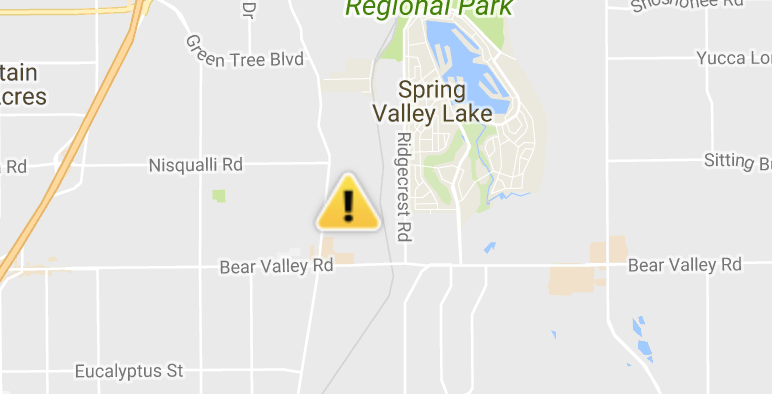 UPDATE @ 7/25 @ 10:00 AM – Monday night’s power outage that affected nearly 10,000 SCE customers was caused by metallic balloons making contact with a circuit breaker, according to SCE officials.

UPDATE @ 11:55 PM – We’ve received word that power was restored to nearly all customers just before midnight.

The initial outage reported at 10:22 pm, was widespread, and affected 9,833 customers, according to SCE Spokeswoman Sally Jeun.

The outage for the majority of customers was brief and lasted less than 30-seconds before coming back online.

According to SCE outage map, 334 customers remain without power as of 11:50 pm.

“We don’t currently have the cause or an estimated restoration time,” Jeun told Victor Valley News.

VVNG readers reported hearing a loud “boom” followed by a flash of white.

SCE crews are in the field and looking into the cause of the outage.