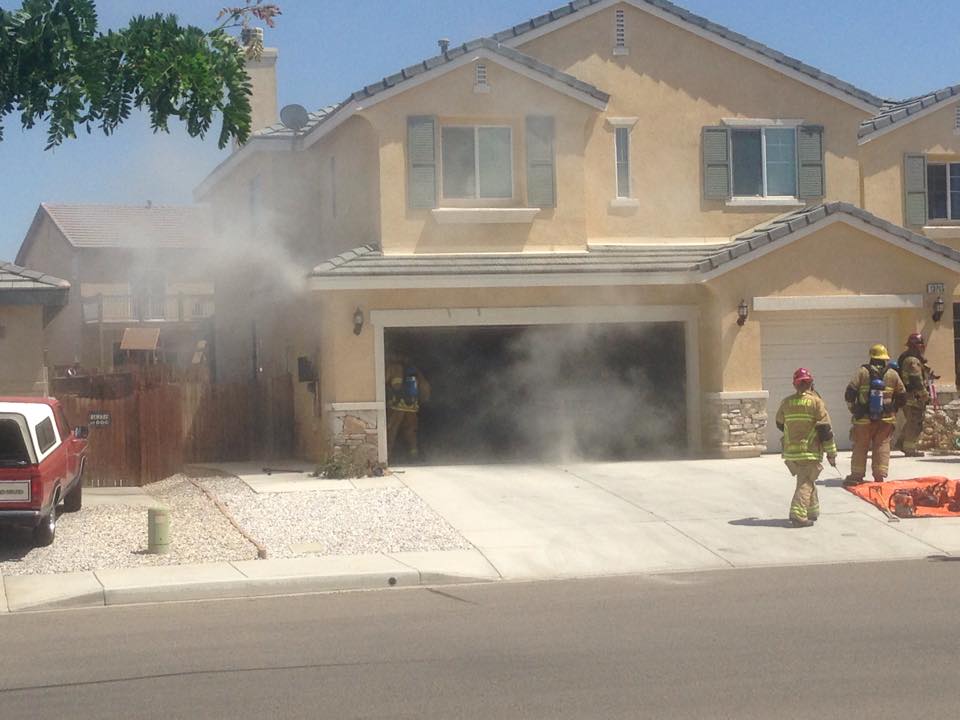 VICTORVILLE:(VVNG.com)- Firefighters were dispatched to a residential structure fire on the 13700 block of Lark Court in Victorville. The fire was reported at approximately 2:30 P.M., on Saturday, June 20, 2015.

According to neighbors, they heard an electrical box explode and seconds later the garage of the home quickly filled up with smoke.

Firefighters arrived on scene and actively began working on putting out the fire. Moments later a life hazard alert was issued to due to live wires and a sparking electrical box.

Barrels containing unknown chemicals were located inside the garage. Upstairs, equipment used to grow marijuana was located. Hazmat has been requested to respond to determine what the barrels contain. Initial reports indicate the home was being used for a marijuana grow.

Per scanner traffic, a male and female were seen walking away from the residence moments before the fire. Authorities located both subjects a short-time later.

The cause of the fire is suspected to have been started by an overloaded circuit box commonly used to bypass the electrical inside the home.