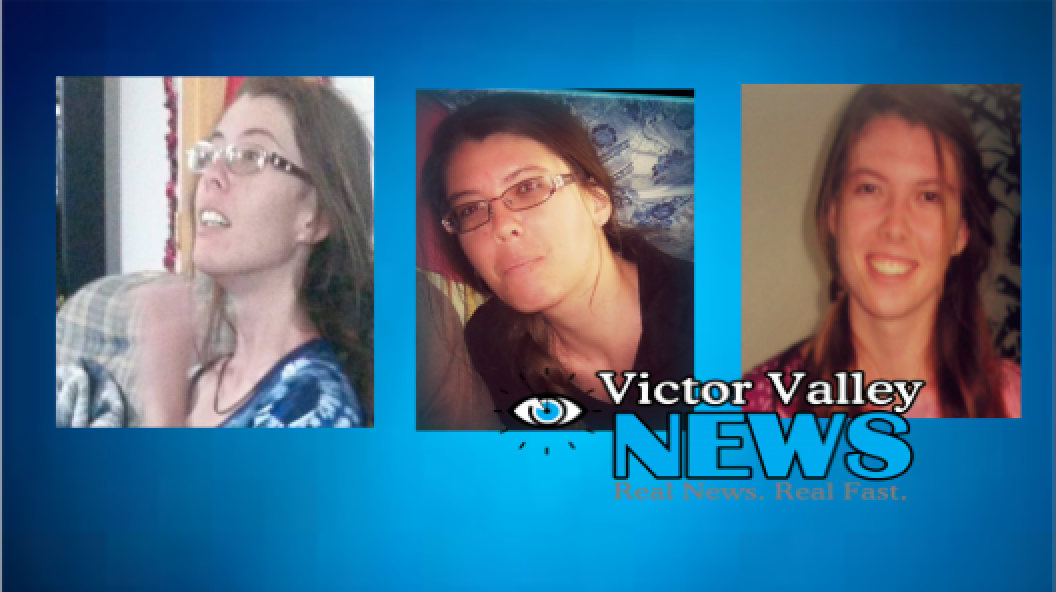 VICTORVILLE-(VVNG.com):  The community was hopeful and filled with joy on Saturday evening after a Victor Valley News member reported a possible sighting of the missing woman Krystie Stuart.

Stuart, a Lucerne Valley woman was last seen over a year ago in Apple Valley.

The member uploaded a grainy cell phone photo of what appeared to be a very slim woman with dirty brown hair, carrying personal items, and walking near the Winco parking lot on the 15300 block of Roy Rogers Drive in Victorville

The excitement was short-lived when deputies confirmed that they were unable to locate Stuart or the woman the witness suspected may have been  her.

On Tuesday, March 3, 2015, Krystie left her Lucerne Valley home headed to a dental appointment at Jess Ranch Dental. Krystie made it to her appointment but was unable to be treated due to a preexisting health condition.

The staff said she was upset that she was unable to be treated and while she was there she misplaced her keys making her additionally upset. The staff helped her look for her keys but after looking for a while she left with a spare key.

After her appointment Stuart planned to stay the night with a friend, although her friend did receive a call telling her that she was on her way, she never showed up at her friend’s home.

The circumstances already concerned her mother, Virgina Stuart who said, “She never does not answer her phone, she always tells us where she will be.”

Due to her age, her disappearance was considered voluntary until on March 8, 2015, her white pickup truck was located abandoned on the Fairview Lakebed around 20 miles from where she was last seen.

Krystie Stuart is 5’8”, 107 pounds, she has very long light brown hair, her hair is usually braided and is longer than waist length.

Photo of the woman that a witness believed could be missing Krystie Stuart.

Wrightwood Family Gives Life through the Loss of Teenage Son