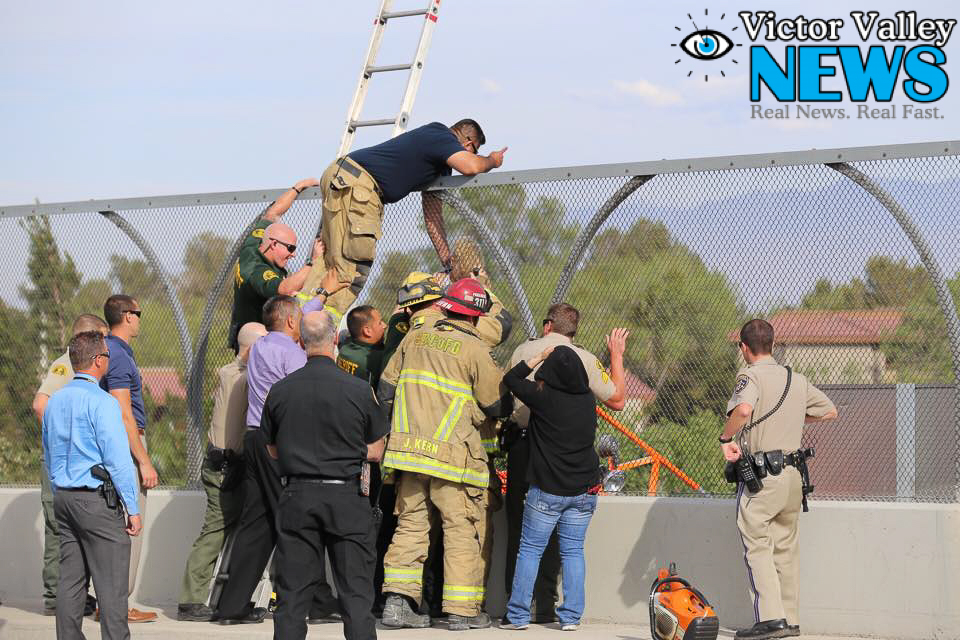 VICTORVILLE: (VVNG.COM)  Several on and off ramps of the I-15 Freeway were closed shortly after 5:00pm following a possible jumper on the Palmdale Road overpass, in Victorville.

Multiple callers reported a juvenile that appeared to be in distress as they held onto a fence directly over freeway traffic.

The juvenile was believed to be around 15-16 years of age according to witnesses.

Authorities stated the teen is transgendered and identifies themself as a female.

A San Bernardino County fire engine was requested and extended a ladder to the juvenile from the northbound lanes of the 15 freeway. It took the collaboration efforts of several firefighters and sheriffs to grab hold of the teen and pull them to safety.

The incident occurred during rush hour traffic, which also contributed to congestion in the surrounding areas. All north and southbound traffic was reopened shortly after.

The teenager was taken via ground ambulance to Victor Valley Global Medical Center.