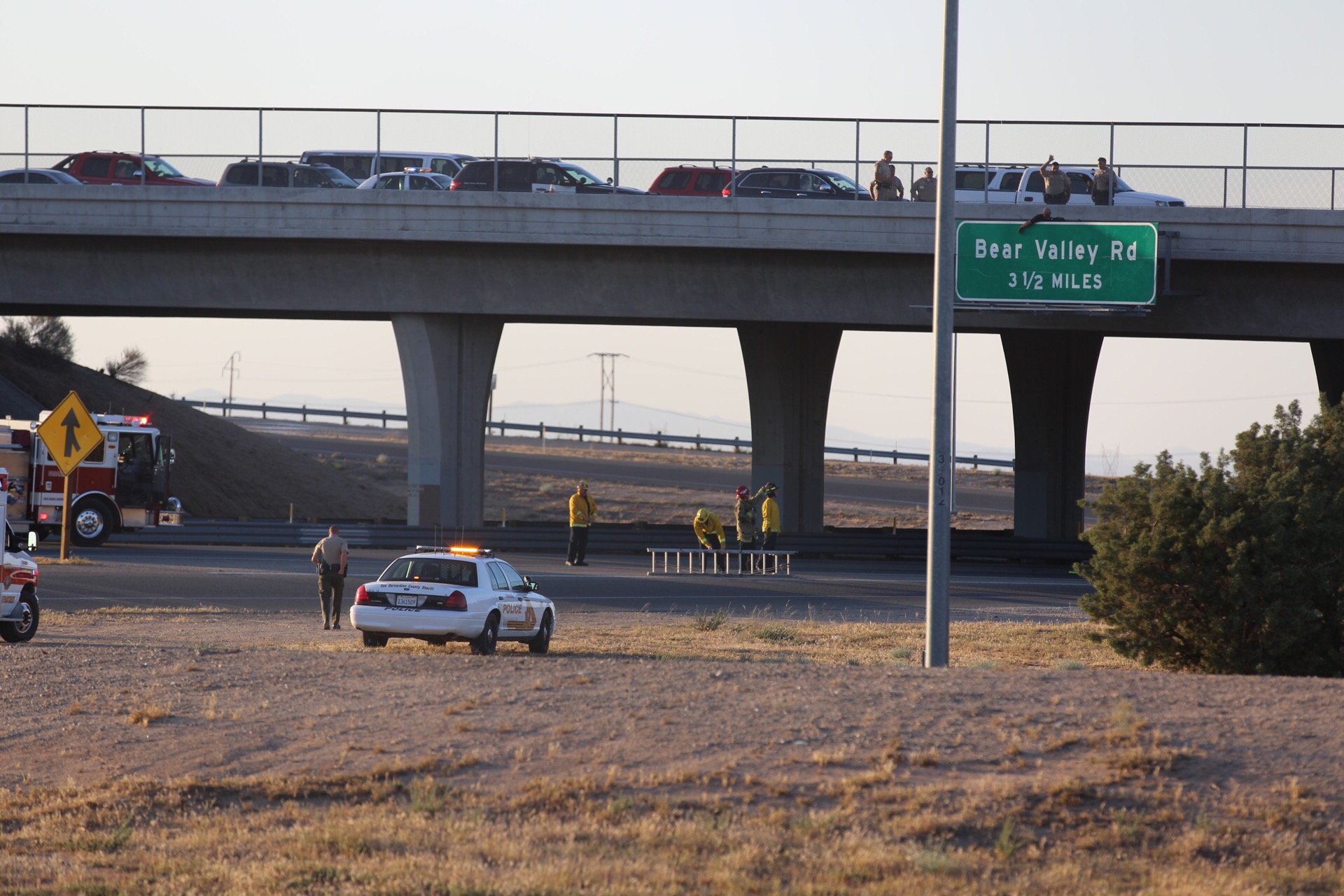 UPDATE @ 8:50 PM: The jumper is a 27-year-old hispanic male from Oak Hills. His family is at the scene. Airbags have been deployed on the freeway beneath him.

BREAKING: A Sigalert has been issued on the northbound 15 freeway due to a possible jumper on the Main Street bridge in the city of Hesperia.

Currently all northbound lanes are shut down before Main Street. Traffic is being diverted at the Main Street off-ramp.

Southbound traffic on the 15 freeway is currently not affected.

Authorities are attempting to talk the male into climbing back over the freeway fence. A negotiator has also been requested to the scene.

Many spectators are parked along Mariposa Road watching the entire situation unfold. For a while the unidentified male could be seen sitting and resting on the freeway sign. He’s recently stood up and took his t-shirt off and started talking to authorities.

Per scanner traffic, the male is reportedly doing drugs while deputies attempt to talk him into coming back over the bridge.

Firefighters are gathered on the freeway below strategizing a plan to safely bring the male down.