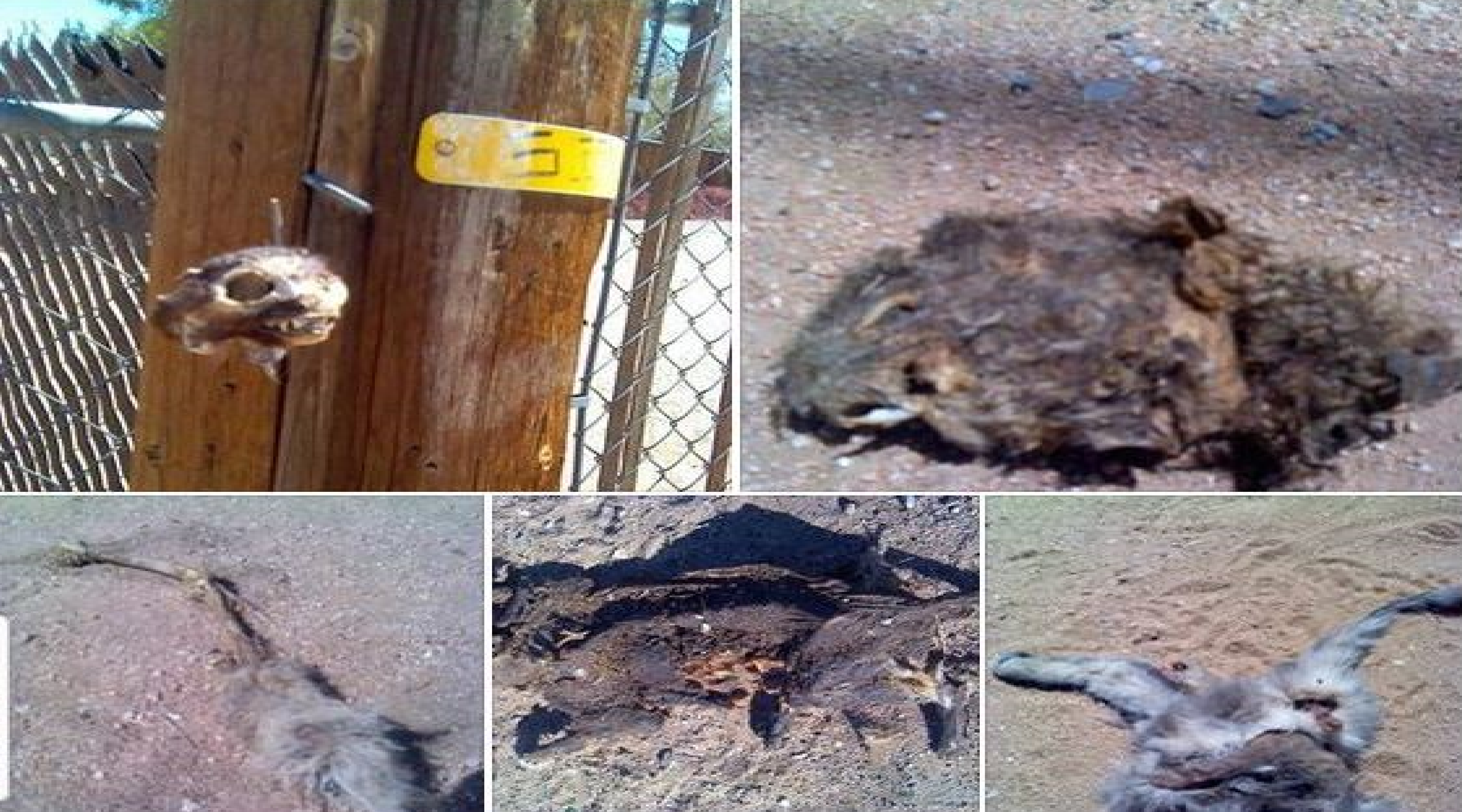 APPLE VALLEY: (VVNG.com)- An Apple Valley resident grew concerned over the past year when he has taken his normal path down a dirt alley behind his home to get to a nearby convenience store. He has seen multiple dead animals, usually smaller more wild animals like rabbits, squirrels or raccoons. Although he took

notice to these gruesome sightings he felt that this had to be the work of an actual animal, possibly a loose dog or coyote.

The sightings became more frequent, most gruesome and eventually spread to domestic animals including a half of a cat he recently discovered. “The cat had a clean-cut, mostly straight across, it did not look like something an animal could do,” said the resident, who will remain nameless. He also mentioned that the area this was going in is near Hwy 18 and Navajo Road near a Valero gas station and a Rite Aid.

Him and his sister would like people to know that they are sharing this to simply help people keep their pets indoors as much as possible so their pet will not be the next victim in this sadistic crime. People are asked to stay vigilant, call your local police at any sign of anything being not quite right, unfamiliar people in the area, strange noises or anything else. The police would rather be called and have it be a false alarm than have something so horrendous escalate. Bodies of animals you feel lives have been taken by the hands of humans should be reported to your local animal control office so they can document and possibly investigate these discoveries.