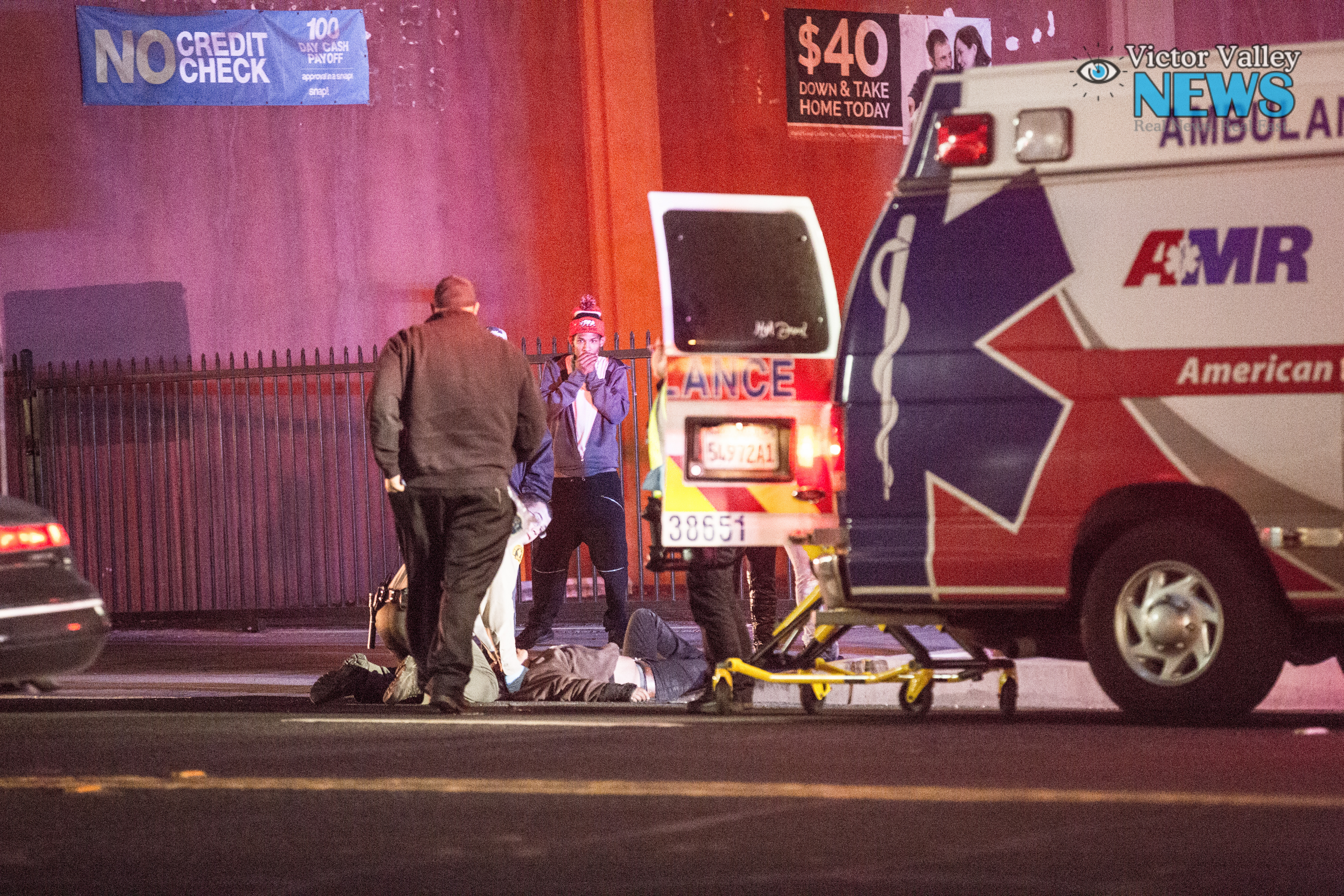 VICTORVILLE, Calif: (VVNG.com) Seventh street was closed near D Street after a pedestrian was struck by a vehicle.

The accident occurred around 5:10 p.m. on Sunday evening when a woman driving a black Acura struck the female pedestrian.

The incident occurred on Seventh Street just south of D street. The pedestrian was transported by ground ambulance to a hospital after the airship requested was unavailable due to weather.

The pedestrian was not in a marked crosswalk at the time of the impact.

The female driver and her passenger were uninjured and cooperated with authorities.

The driver did not appear to be under the influence. The accident remained under investigation as of Sunday night.