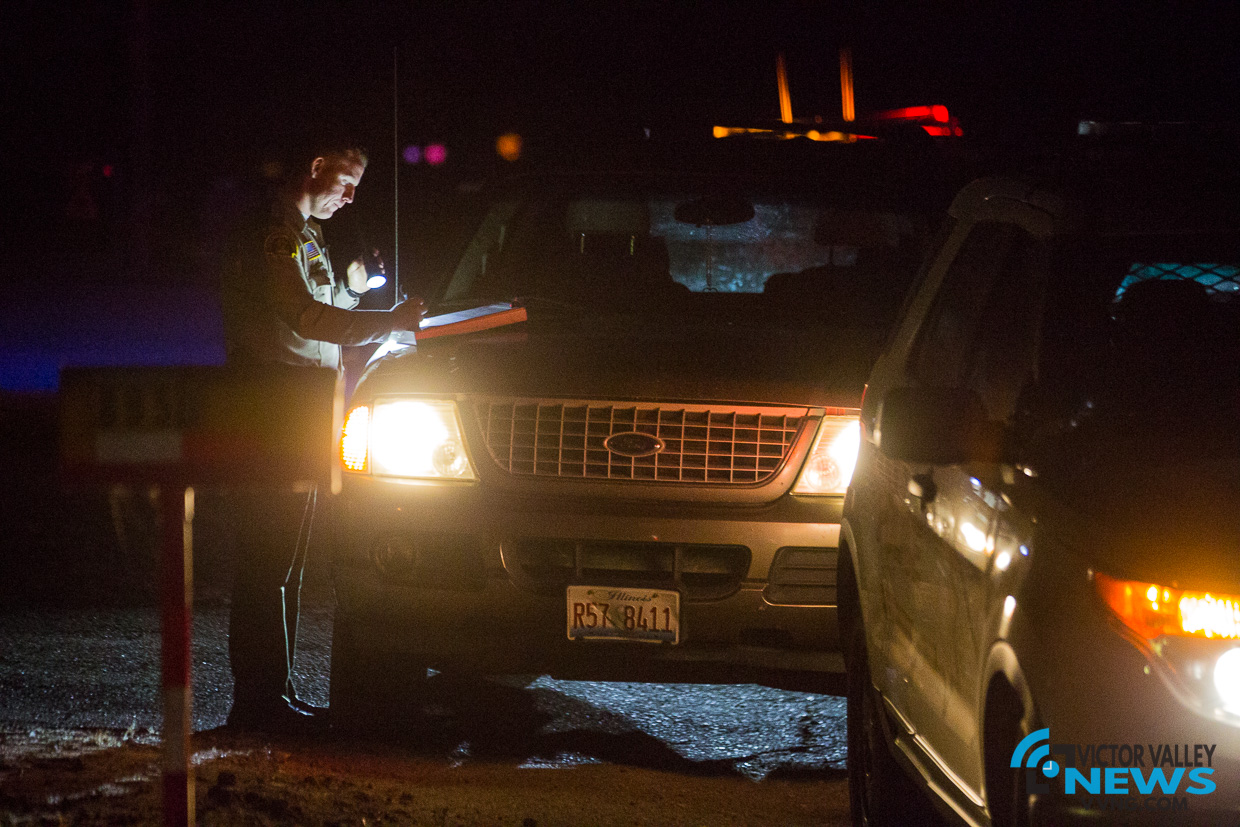 UPDATE 9/5/18 — A shooting suspect sought by the Hesperia Police Department was found and arrested without incident at approximately 12:13 am, on Tuesday, September 4, 2018.

Sheriff’s Service Specialist Edgar Moran, with the Hesperia Sheriff’s Station, told Victor Valley News the shooting occurred in the 15100 block of Larch Street on September 3, 2018, at about 10:00 pm. The victim’s ex-girlfriend saw the suspect, identified as Charles Bruce Carr, 40, of Helendale, parked in front of her residence.

Carr fled the scene of the shooting in his Ford Explorer before deputies arrived on scene. Police later found the abandoned SUV in the 8900 block of 11th Avenue in Hesperia.

Following an extensive search with the assistance of Rancho Cucamonga, K9 unit Dare and Deputy Girard the suspect was located in the backyard of a residence in the 15600 block of Sultana Street.

Carr was booked into the Adelanto Detention Center for PC187 Attempted Murder, PC246 Shooting at an Inhabited Dwelling, PC422(a) making criminal threats, and PC1203.2 violation of probation. He is currently being held without bail for violation of his felony probation. He’s scheduled for arraignment in a Victorville courtroom on September 7, 2018.

HESPERIA, Calif. (VVNG.com) — Hesperia deputies are continuing to search for a gunman who fired an unknown amount of shots in a Hesperia neighborhood Monday night.

The incident was reported just before 10:00 p.m. and officials located the suspect’s vehicle, a Ford Explorer with Illinois plates, ditched on the 8900 block of 11th Avenue, just south Sultana Street.

Authorities requested the assistance of a Deputy K9 from Rancho Cucamonga and a Sheriff’s helicopter to search the surrounding neighborhood for the suspect.

“He came to our door asking to call someone in which we allowed him to, not realizing he was running from the cops,” stated a resident who wished to remain anonymous.

According to the resident, the man said he got into a fight with his ex-girlfriend’s current boyfriend.

“We told him to call the cops and he said the cops were searching for him,” the resident stated. “We asked him to leave and he did.”

The residents promptly contacted police after the man left.

The suspect was said to be a White male adult believed to be in his 30’s with tattoos standing about 5’5” tall. He was described as being shirtless and with tattoos.

Officials provided vague information, only saying the investigation and search are ongoing. They did, however, confirm that there has been no shooting victim.

Deputies used evidence bags to collect keys and other items from inside the vehicle. A pink purse was also visible in the back seat.

As of 12:00 a.m. Tuesday morning, the suspect had not been captured.

Neighbors in the area were asked to lock their doors and windows and to stay inside.

This is a developing story, more information will be provided as it becomes available. 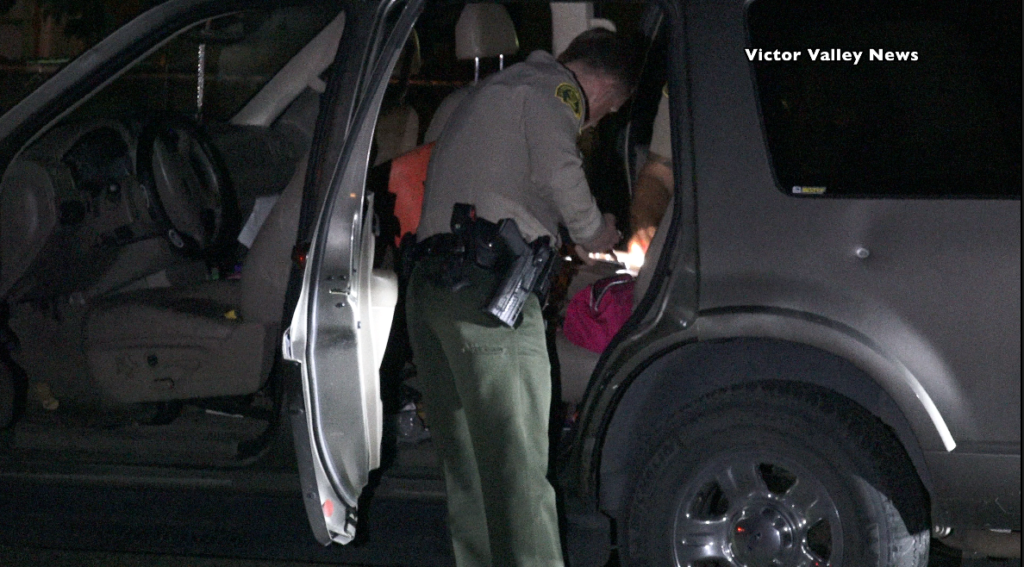