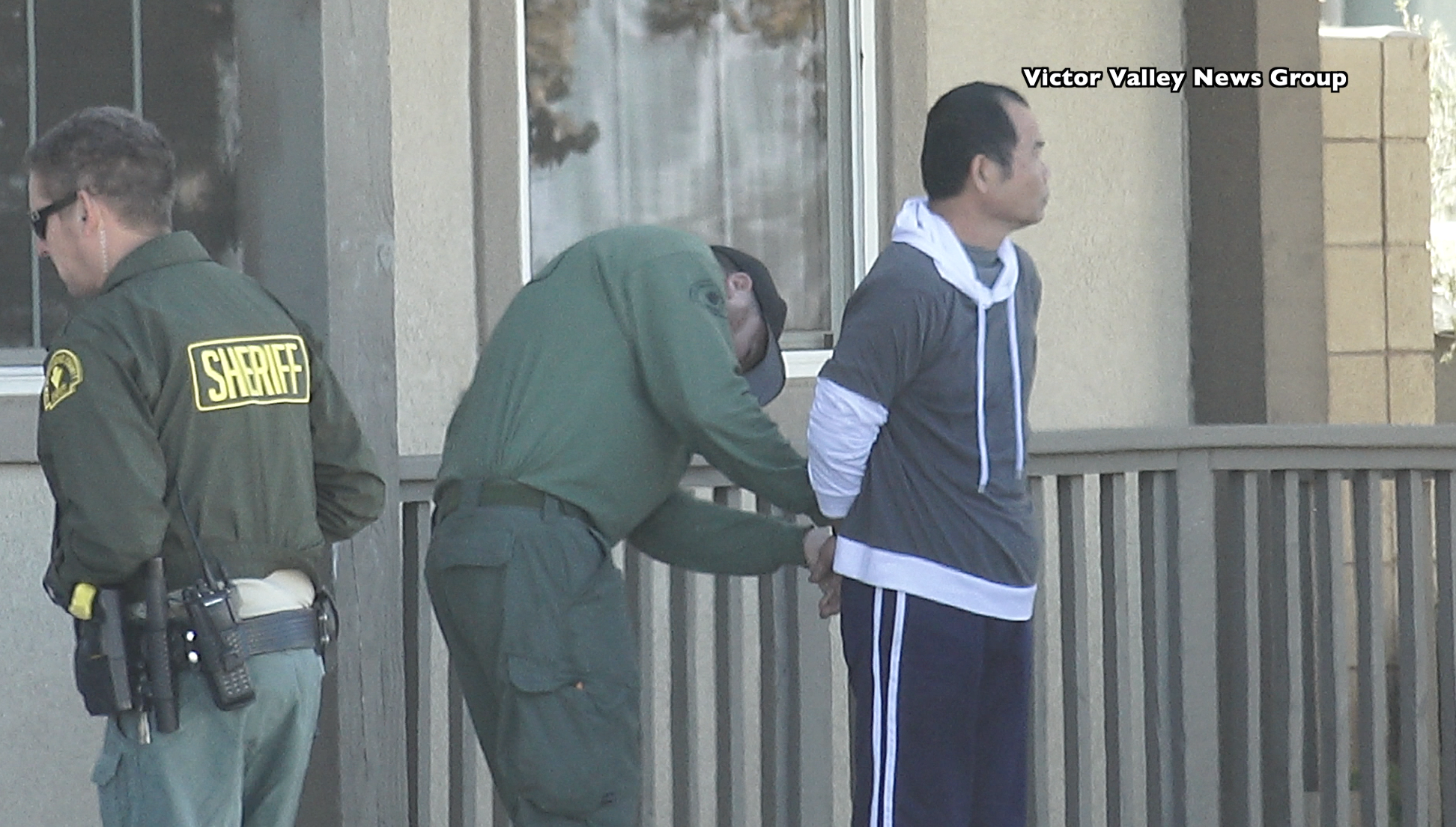 The bust occurred at about 9 a.m. on the 12300 of Deborah Place in the southwest part of Victorville.

Deputies arrived at the residence and arrested two people without incident while the San Bernardino County Sheriff’s Department – Marijuana Enforcement Team (MET) executed a search warrant at the residence.

“It appears the house is being used as a grow facility for marijuana,” Sheriff’s Spokeswoman Mara Rodriguez told Victor Valley News.

Investigators also discovered the suspects tampered with the main power lines at the residence to bypass the electrical meter installed by the utility company.

This allowed for the theft of electricity needed to operate the equipment used to grow marijuana.

The loss to Southern California Edison is believed to be in the thousands of dollars.

The suspects will face criminal charges for the illegal Cultivation of Cannabis and Theft of Utilities (Electricity).

The City of Victorville has an ordinance prohibiting Commercial Cannabis Activity which includes growing more than six marijuana plants at a residence.

Additional information regarding what is allowed can be found in the Victorville Municipal Code in Chapter 13.150 – Commercial Cannabis Activity.

The investigation is ongoing, officials said.

Anyone with information regarding this investigation is asked to contact the Sheriff’s Gangs/Narcotics Division at (909)387-8400 or NARC-MET@sbcsd.org. Callers wishing to remain anonymous are urged to call the We-tip Hotline at 1-800-78-CRIME (27463) or you may leave information on the We-Tip Hotline at www.wetip.com.