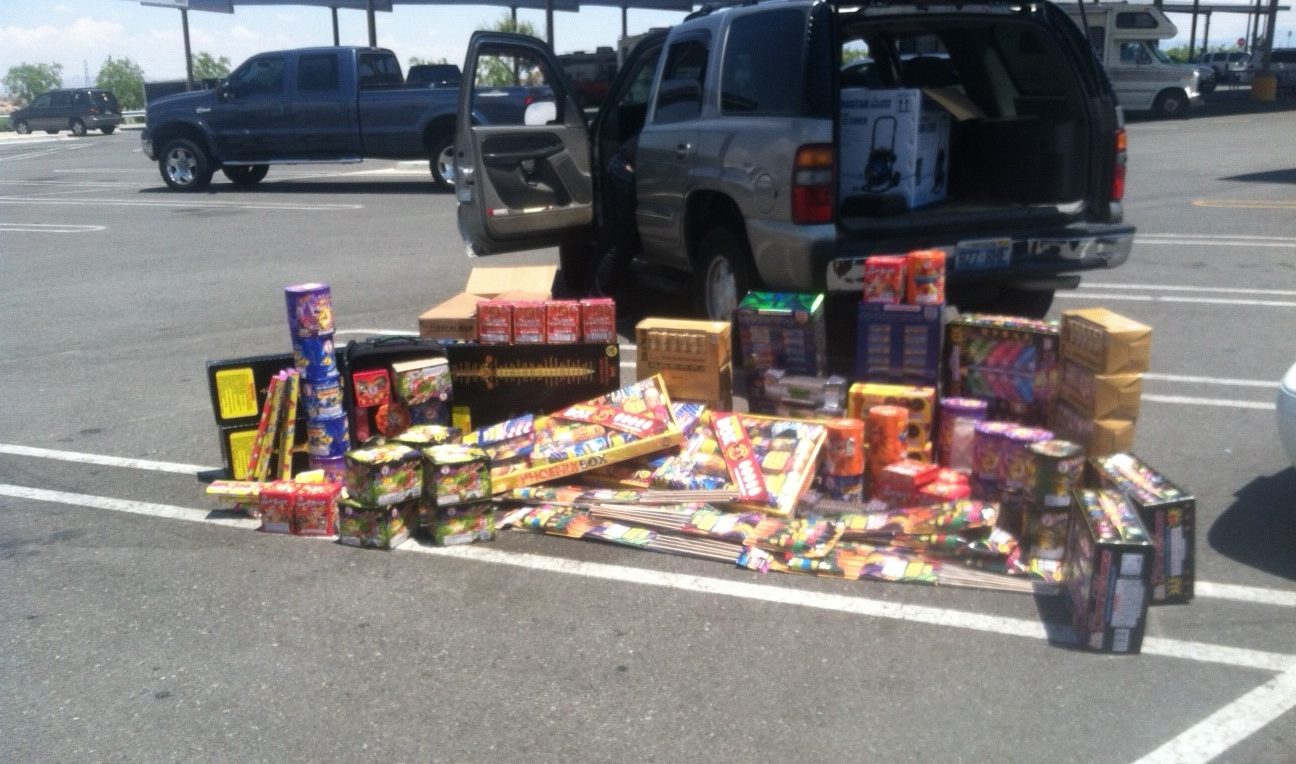 HESPERIA:(VVNG.com)- A 27-year-old Las Vegas man was arrested for possession of dangerous fireworks for sale, child endangerment, and illegal possession of a loaded firearm.

Authorities said they received a tip from a concerned citizen on Wednesday, May 25th regarding the sale of illegal fireworks.

Detectives contacted the suspect, Markneil-Aldrin Lilbutan and pretended to be residents who were interested in purchasing illegal fireworks. A meeting was staged with the suspect at 13401 Main Street in Hesperia. Lilbutan showed up to the meeting location with his three-month-old son, 1,500 pounds of illegal fireworks, and a loaded firearm in his truck.

Assisted by deputies from the Hesperia Police Department and San Bernardino County Fire Personnel, detectives were able to detain the suspect at the scene. Lilbutan was arrested and booked at the High Desert Detention Center. The infant was released to his mother.